This time it's the controversial nature of Subhas Chandra Bose's life and death that occupies his creative spectrum. 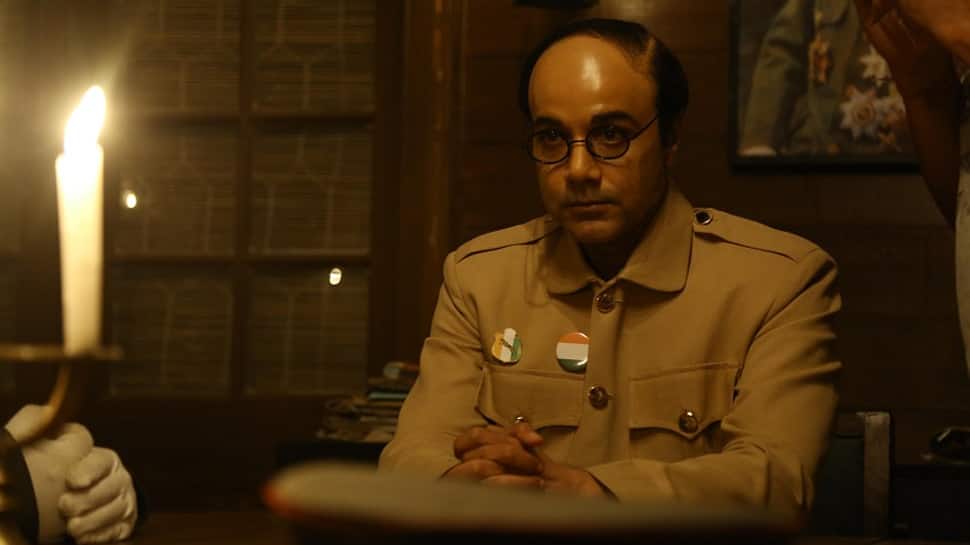 Srijit Mukherjee is unarguably the most prolific filmmaker of contemporary Bengali cinema. He switches from intimate human portraits to wide-canvassed bio-pics with the ease and fluency of a pro.

This time it's the controversial nature of Subhas Chandra Bose's life and death that occupies his creative spectrum. Based on the controversial Mukherjee Commission Hearings, the film fuses a fictional Orson Welles-inspired hero who, like Citizen Kane, sets out to uncover the truth about the death of Netaji, with a fund of historical facts that permeate imminently into the narrative.

It is a fascinating character study of an obstinate leader determined to free India from foreign rule, though the film is not fully freed of foreign influences ("Citizen Kane", "Rashomon"). Ironically, Anirban Bhattacharya as the Netaji-obsessed journalist Chandrachur Dhar gets much more footage than Bose, who is played by the redoubtable Prosenjit Chatterjee as a cheerless (didn't Netaji ever smile?), stoic, mumbling selfrighteous statesman whom both Gandhi and Nehru (played respectively and respectfully by Surendra Rajan and Sanjay Gurbaxani) conspired to sideline from the top post.

Most of the narrative tries to piece together the provocative hearsay regarding Netaji's death by weaving in and out of lives that are documented by history, and fomented by imagination.

Believe it or not, there is a marital drama tucked away in the folds of this historical treatise. While Chandrachur becomes progressively obsessed with Netaji (he even buys rounded spectacles like Netaji), his wife (Tanushree Chakraborty) is understandably embarrassed to share the marital bed with this unlikely competitor for her husband's attention. She quits the marriage while her husband continues to mumble Netaji's name.

There is an unintentionally funny bedroom sequence where the wife tries to seduce the journalist as he mutters facts about Netaji absentmindedly. Finally when Chandrachur's quest for the truth hits a permanent roadblock he sits in his workroom burning all the books and material on his obsession.

Sanjay Leela Bhansali's Devdas couldn't have been more paranoid even if he had tried.

The film could have avoided being so literal in its quest for the truth. However, there is much to be applauded in "Gumnaami". Director Srijit Mukherjee feeds on the nation's relentless curiosity about Netaji's death by drawing hypothetical situations in a seamless flow of known and unknown facts. For the sequences in the 1940s, Mukherjee makes telling use of black-and-white images with some interesting 'period' touches that don't go overboard.

Since the film follows the proceedings of the Mukherjee Commission, it tends to get wordy. But when we come away from "Gumnaami" we do get a sense of a mysterious nationalist who has been wronged by history. And that's more of a takeaway than what most bio-pics give these days.