On Vijay's birthday, let's take a look at 5 of his films that have been remade in Hindi

On Vijay's birthday, Twitter and his fans have been showering praises for the superstar and #ThalapathyVijay, #HappyBirthdaySir are the top social media trends. 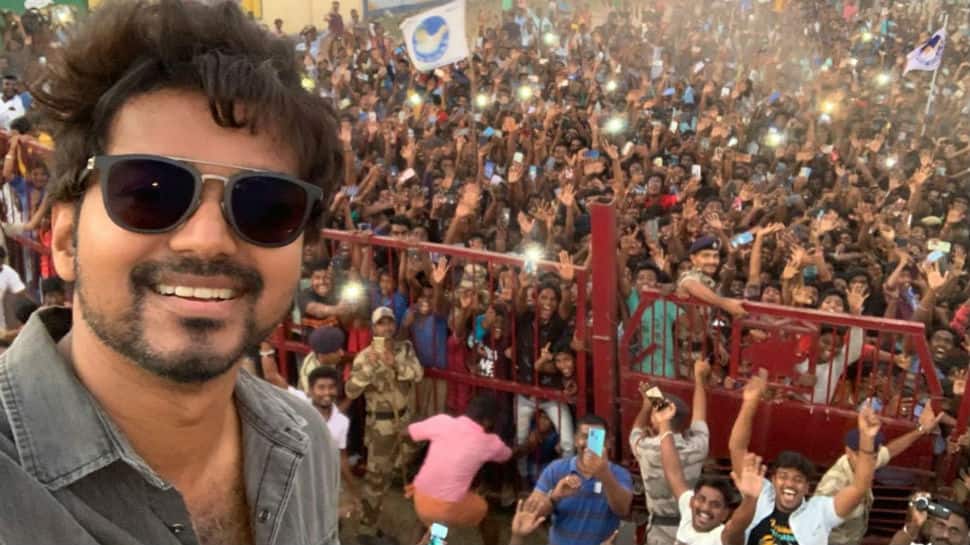 NewDelhi: South superstar Vijay, fondly called Thalapathy Vijay, celebrates his 46th birthday on Monday (June 22). He has been ruling the Tamil industry for over two decades now and his popularity grows immensely day by day. Vijay has several blockbuster films, hit tracks to his credit. Thalapathy Vijay is one of the biggest stars of Tamil cinema.

On his birthday, Twitter and his fans have been showering praises for the superstar and #ThalapathyVijay, #HappyBirthdaySir are the top social media trends.

Vijay has given the industry some of the biggest hits and blockbusters and Bollywood too has seen his films in the form of remakes.

We have collated a list of five Vijay films that were remade in Hindi for the larger audience. Take a look:

‘Poove Unakkaga’, starring Vijay and Sangita, released as ‘Badhaai Ho Badhaai’ in Hindi in 2002. It was headlined by Anil Kapoor and supported by Keerthi Reddy and Shilpa Shetty.

Vijay, Suvalakshmi and Manthra’s ‘Love Today’ was remade in Hindi with the title ‘Kya Yehi Pyar Hai in 2002. The film was headlined by Jackie Shroff, Aftab Shivdasani and Ameesha Patel.

This Vijay-starrer was a romantic-psychological thriller film. It also starred Kausalya in the lead role while Sujith Sagar played a pivotal part. ‘Priyamudan’ was remade in Hindi by KC Bokadia with the title ‘Deewana Main Deewana’ in 2002. It was headlined by Govinda and Priyanka Chopra.

'Kushi’, a romantic drama, was helmed by SJ Surya and produced by AM Rathnam. It featured Vijay and Jyothika in the lead roles. The film saw several remakes. In Hindi, it was released as ‘Khushi’, starring Kareena Kapoor and Fardeen Khan.

The action-thriller was directed by AR Murugadoss. It starred Vijay and Kajal Aggarwal in the lead roles. In 2014, Murugadoss made it in Hindi as ‘Holiday: A Soldier Is Never Off Duty’ along with Akshay Kumar and Sonakshi Sinha.