The southern superstar has thanked the guests who made it to his daughter's wedding. 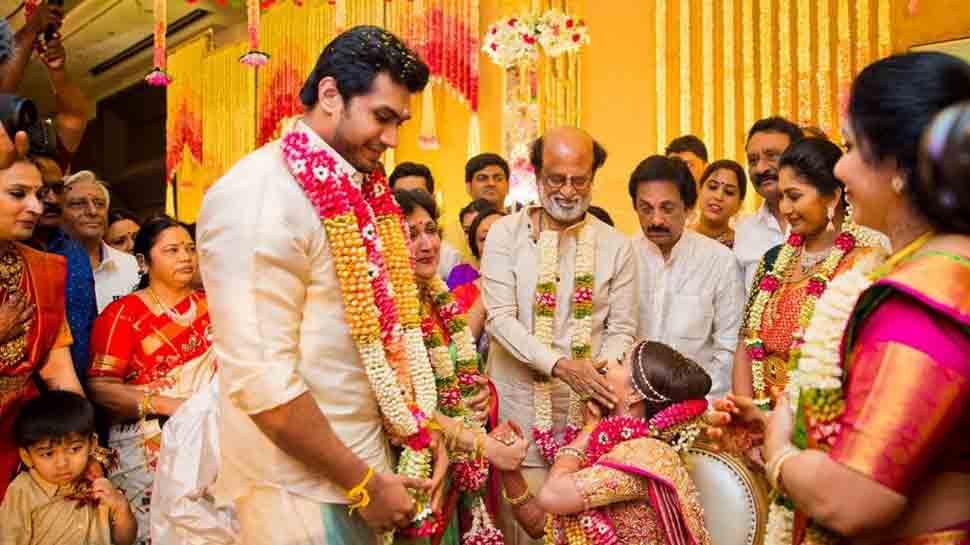 New Delhi: Superstar Rajinikanth's daughter Soundarya married Vishagan Vanangamudi in Chennai on Monday in a grand ceremony. The wedding took place in the presence of the who`s who of Tamil film fraternity and several bigwigs of Tamil Nadu.

Videos from the functions have gone viral on social media in which Rajinikanth can be seen dancing to some of his popular songs. Last week, the couple had a pre-wedding reception for family and close friends.

Now, as the celebrations of the wedding came to an end, Rajinikanth took to his Twitter handle to pen down an emotional note thanking guests who made it to his daughter's wedding ceremonies.

This is Soundarya's second marriage.

So many thanks to you two !!! Prakriti, My make up and kiara, my hair professionals ! @prakatwork #YouGirlsRock ________ pic.twitter.com/xbVHCNKpbL

She was earlier married to industrialist Ashwin Ramkumar and the couple even have a son named Ved. In 2016, the pair applied for divorce and got separated subsequently.

Having started her career as a graphic designer, Soundarya has worked in films like 'Baba', 'Majaa', 'Sandakozhi' and 'Sivaji'. She made her directorial debut with 'Kochadaiiyaan', in which her father starred, apart from founding Ocher Picture Productions.

Vishagan, on the other hand, made his acting debut last year with Tamil thriller 'Vanjagar Ulagam'.