Her bridel glow is hard to miss in this picture. 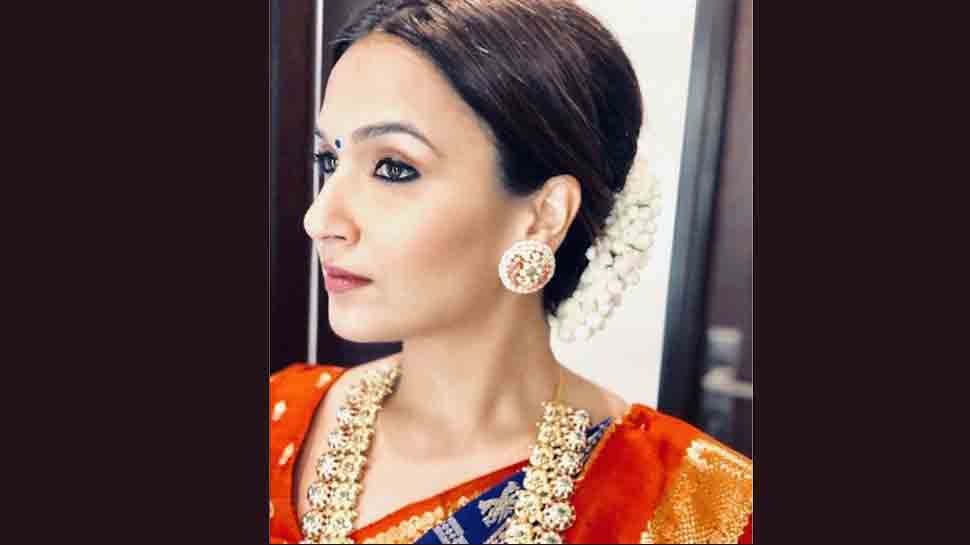 New Delhi: Superstar Rajinikanth's daughter Soundarya Rajinikanth on Monday admitted to tying the knot with actor-businessman Vishagan Vanangamudi this month. The wedding is slated to take place in Chennai on February 11, 2019. The two-day pre-wedding festivities are scheduled to begin from February 9.

She took to Twitter and shared the news with her fans, writing, "One week to go. Bride mode. Ved Vishagan Soundarya."

This will be Soundarya`s second marriage. She was earlier married to industrialist Ashwin Ramkumar. After staying together as a married couple for seven years, the duo got divorced in 2016, citing irreconcilable differences. They have a six-year-old son, Ved Krishna, who lives with her.

Soundarya is known for helming films such as 'Kochadaiiyaan' and 'VIP 2'.

Having started her career as a graphic designer, Soundarya has worked in films such as 'Baba', 'Majaa', 'Sandakozhi' and 'Sivaji'. She made her directorial debut with her father starrer 'Kochadaiiyaan', also starring Deepika Padukone. Her last directorial venture was Velaiilla Pattadhari 2 (2017), starring Dhanush and Kajol.

Vishagan, on the other hand, made his acting debut in 2018 with Tamil thriller 'Vanjagar Ulagam' and has done a smaller role in other films. He runs a pharmaceutical company. Soundarya recently visited Tirupathi Balaji along with her mother Latha Rajinikanth and performed a pooja there with the wedding invitation.

The buzz is that the wedding will be attended by only close friends and family members.