About 42% of India abnormally dry

Some of the worst affected areas are in Telangana, Andhra Pradesh, Karnataka, Maharashtra, Gujarat and Rajasthan. 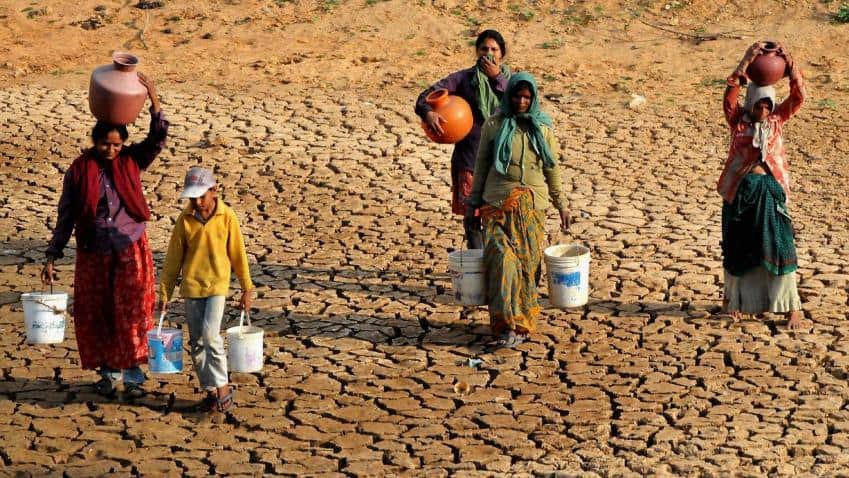 New Delhi: About 42 per cent of India is 'abnormally dry' which is around 6 per cent more than last year, according to the Drought Early Warning System (DEWS).

In the May 28 update of the real-time drought watcher, the percentage of the abnormally dry area increased to 42.61 per cent from a week before (May 21) when it was 42.18 per cent.

Little less than 6 per cent of the area is under the 'exceptionally dry' category.

Some of the worst affected areas are in Telangana, Andhra Pradesh, Karnataka, Maharashtra, Gujarat and Rajasthan.

The area under exceptionally dry category went up from 0.68 per cent last year to 5.66 per cent this year.

The latest bulletin of the Central Water Commission on May 30 said that live storage of water in 91 reservoirs was 31.65 BCM which is 20 per cent of the capacity. However, the bulletin said that the overall storage situation was better than the same time last year.

All eyes are now on the monsoon. The Indian Meteorological Department (IMD) in its second early forecast has claimed that it will be a normal monsoon but northwest India and northeast India are expected to have less than normal rains.

The Long Period Average (LPA) of 96 is expected for the whole country which is the bottom of the scale (96 to 104).