Astronomers recently discovered a colossal galaxy which was formed just 1.5 billion years after the Bing Bang, challenging the accepted theories of 'how all galaxies in the universe may have formed'. 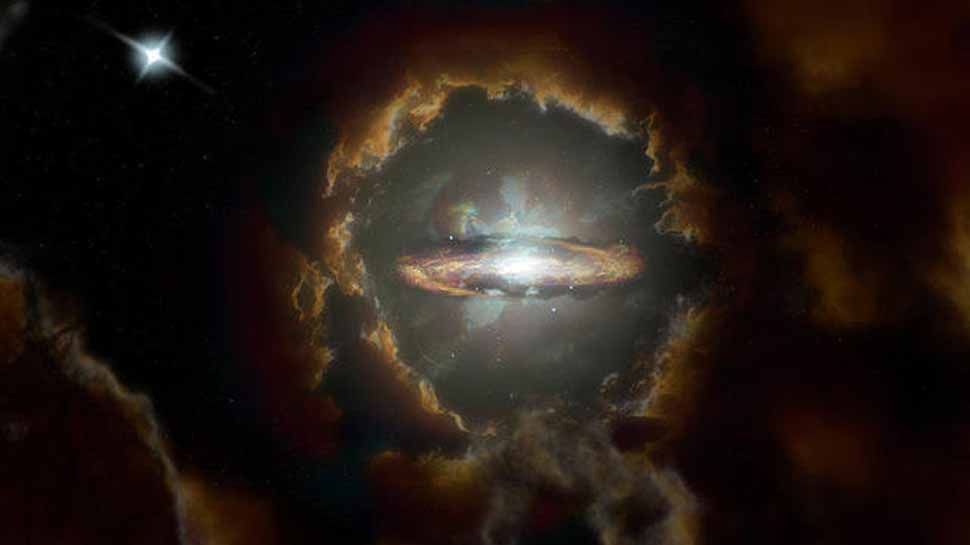 An artist's impression of the Wolfe Disk, a massive disk galaxy in the early universe. (Image credit: NRAO/AUI/NSF, S. Dagnello)
Share:
Written By:

Astronomers recently discovered a colossal galaxy which was formed just 1.5 billion years after the Bing Bang, challenging the accepted theories of 'how all galaxies in the universe may have formed'.

According to a study published in the journal Nature, the 12.5 billion-year-old rotating galactic disk has been renamed galaxy DLA0817g as "Wolfe Disk," after late astronomer Arthur M. Wolfe.

As the name suggests, 'disk galaxies' are disk-shaped systems of stars, earlier observations showed these types of galaxies formed gradually, and did not reach a large mass until much later.

One of the world's most powerful telescopes located in Chile, the Atacama Large Millimeter/submillimeter Array (ALMA), was used by scientists to make this discovery.

Researchers found out that the object was a large, stable rotating disk, clocking in at a whopping 70 billion times the mass of our sun. The disk appears as it was when the universe was just 1.5 billion years old, or 10% of its current age, they observed.

Some suggest that the galaxy might have formed by a process known as "cold-mode accretion."

However, some astrophysicists say more similar observations would be needed to validate this hypothesis as these findings are based off of a single galaxy.