For the study, the team of researchers from Northwest A&F University in China, used CRISPR to insert the new gene in 11 calves. 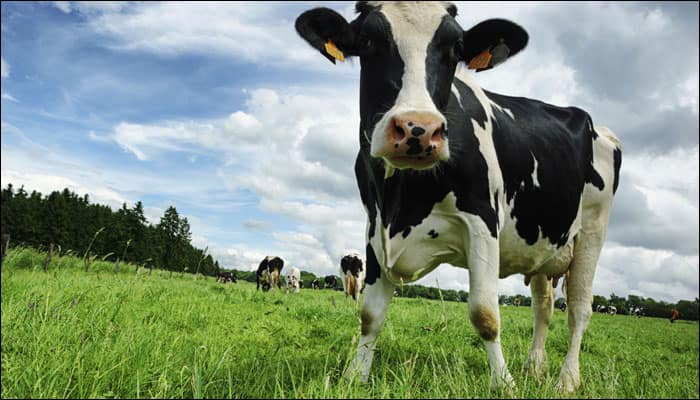 New Delhi: Chinese scientists have managed to use the CRISPR gene-editing technology in a novel, successful way for the first time to produce live cows with increased resistance to bovine tuberculosis (TB).

The scientists used a modified version of the CRISPR system called CRISPR/Cas9n insert a new TB resistance gene – NRAMP1 – into the genome of bovine foetal fibroblasts – a cell derived from female dairy cows.

"We used a novel version of the CRISPR system to successfully insert a TB resistance gene into the cow genome. We were then able to successfully develop live cows carrying increased resistance to TB," said lead author Yong Zhang.

These cells were then used as donor cells in a process called somatic cell nuclear transfer, where the nucleus of a donor cell carrying the new gene is inserted into an egg cell, known as an ovum, from a female cow.

These ovum were then nurtured in the lab into embryos before being transferred into mother cows for a normal pregnancy cycle, in which cows were produced with no off target effects on the animals' genetics -- a common problem when creating transgenic animals using CRISPR.

"Importantly, our method produced no off target effects on the cow genetics meaning the CRISPR technology we employed may be better suited to producing transgenic livestock with purposefully manipulated genetics," Zhang added in the study published in the journal Genome Biology.

For the study, the team of researchers from Northwest A&F University in China, used CRISPR to insert the new gene in 11 calves.

The results revealed that NRAMP1 had successfully integrated into the genetic code at the targeted region in all of the calves.

When exposed to Mycobacterium bovis (M. bovis) – the bacterium that causes bovine TB – the transgenic animals showed an increased resistance to the bacteria measured by standard markers of infection in a blood sample.

How will a trip to Mars affect the human body? NASA lets us peek into its 'Twins Study'!