Dinosaur in space? Yes, and SpaceX’s crew, NASA knows about it 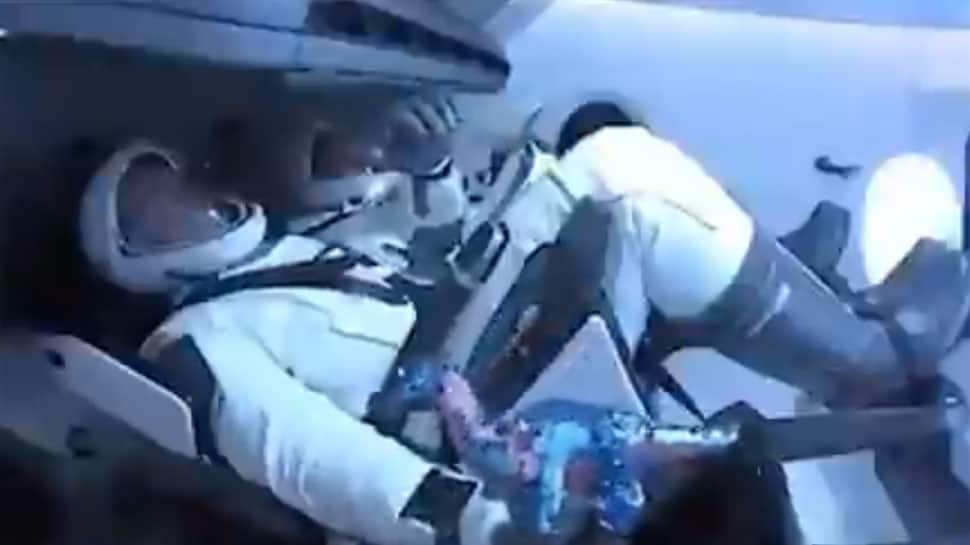 Dinosaurs became extinct millions of years ago but human fascination with the giant reptiles continues. Now, a dinosaur has been spotted in space and there is a very good reason why it is up there.

SpaceX owned by billionaire entrepreneur Elon Musk created history by becoming the first private rocket company to launch two American astronauts toward orbit from Florida on Saturday (May 30). However, it was a glittering dinosaur inside the SpaceX’s Crew Dragon that has amused the Twitterati. First spotted by Twitter user Brian Bosche, the video has garnered 1.2 million views since it was posted. "Two humans (and one dinosaur) went to space today #SpaceX," Bosche wrote.

A report in The Verge later confirmed that the dinosaur toy acted as 'zero-g indicator'. When these start floating, they indicate that crew members onboard have reached zero gravity.

Meanwhile, the NASA astronauts have entered the orbiting laboratory. The mission is significant as it marks the first spaceflight of NASA astronauts from Ameircan soil after a gap of over nine years. NASA has tweeted:

This is the first time in human history @NASA_Astronauts have entered the @Space_Station from a commercially-made spacecraft. @AstroBehnken and @Astro_Doug have finally arrived to the orbiting laboratory in @SpaceX's Dragon Endeavour spacecraft. pic.twitter.com/3t9Ogtpik4

Astronauts Doug Hurley and Bob Behnken lifted off from the Kennedy Space Center at 3:22 p.m. EDT (1922 GMT) in a SpaceX Falcon 9 rocket for a 19-hour ride aboard SpaceX's Crew Dragon capsule which will take the duo to the International Space Station.

It is to be noted that the first launch try of the mission was cancelled on Wednesday with less than 17 minutes remaining on the countdown clock due to bad weather. On Saturday too, weather threatened the launch but it cleared on time to begin the mission.