The mission, currently on a two-year outbound cruise to a near-Earth asteroid called Bennu, will spend almost two weeks searching for evidence of these small bodies, the US space agency NASA said on Thursday. 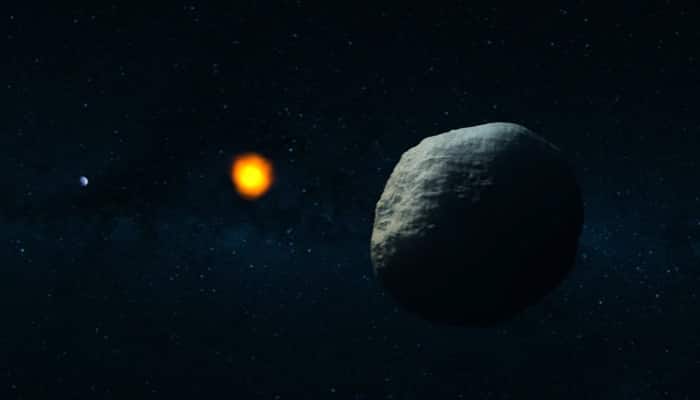 New Delhi: Heralding a new beginning in its journey towards Bennu, NASA's OSIRIS-REx spacecraft has begun its search for an enigmatic class of near-Earth objects known as Earth-Trojan asteroids.

The mission, currently on a two-year outbound cruise to a near-Earth asteroid called Bennu, will spend almost two weeks searching for evidence of these small bodies, the US space agency NASA said on Thursday.

Since its launch last year, NASA says the mission has made wonderful progress in the solar system, but i sgetting close a very important place.

Although scientists have discovered thousands of Trojan asteroids accompanying other planets, only one Earth-Trojan - asteroid 2010 TK7- has been identified to date.

Scientists predict that there should be more Trojans sharing Earth's orbit but they are difficult to detect from Earth as they appear near the sun on the Earth's horizon.

"So this search gives us a unique opportunity to explore the primordial building blocks of Earth," said principal investigator Dante Lauretta of the University of Arizona, Tucson.

The mission team will use this opportunity to take multiple images of the area with the spacecraft's MapCam camera in the hope of identifying Earth-Trojan asteroids in the region.

"Because the Earth's fourth Lagrange point is relatively stable, it is possible that remnants of the material that built Earth are trapped within it," Lauretta said.

The operations involved in searching for Earth-Trojan asteroids closely resemble those required to search for natural satellites and other potential hazards around Bennu when the spacecraft approaches its target in 2018, NASA said.

The OSIRIS-REx spacecraft, launched on September 8, 2016, from Cape Canaveral Air Force Station, is NASA’s first mission to return a sample of an asteroid to Earth.

Currently travelling through Earth's fourth Lagrange point, which is located 60 degrees ahead in Earth's orbit around the sun - about 150 million km from Earth - the spacecraft is expected to reach Bennu in 2018.

During its en route to Benu, OSIRIS-REx will perform a umber of additional tasks.

OSIRIS-REx, its mission is to study asteroid 101955 Bennu, will return a sample to Earth in 2023 for detailed analysis.