Woods will return from a 14-month injury-enforced absence when he tees it up in the PGA Tour event at the Silverado Resort in Napa. 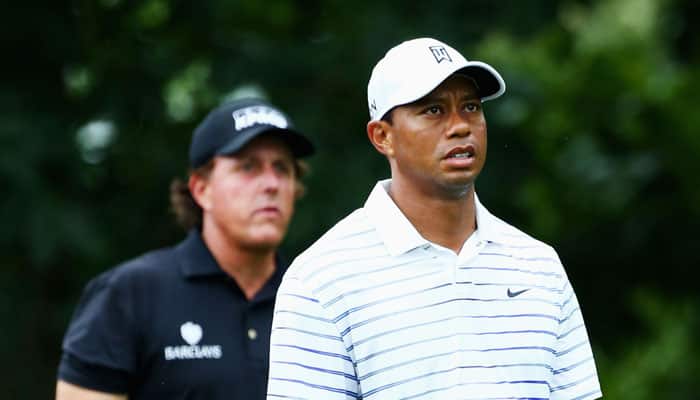 New Delhi: Tiger Woods and Phil Mickelson will play the first two rounds together at this week`s Safeway Championship, a source close to the tournament told Reuters on Monday.

Woods will return from a 14-month injury-enforced absence when he tees it up in the PGA Tour event at the Silverado Resort in Napa, California on Thursday.

Television has a big say in the threesomes for the first two rounds of a tournament.

Golf Channel, which has the tournament television rights in the United States, can expect bumper ratings at a time of year when golf takes a back seat for most American sports fans.

The tee times will not be made official until Tuesday, as per tour policy.

Mickelson had publicly stated he wanted to play with his old rival.

The pair have 19 major titles between them with Woods on 14 and Mickelson five.