The IMD has advised fishermen are advised not to venture into these areas for the next couple of days. 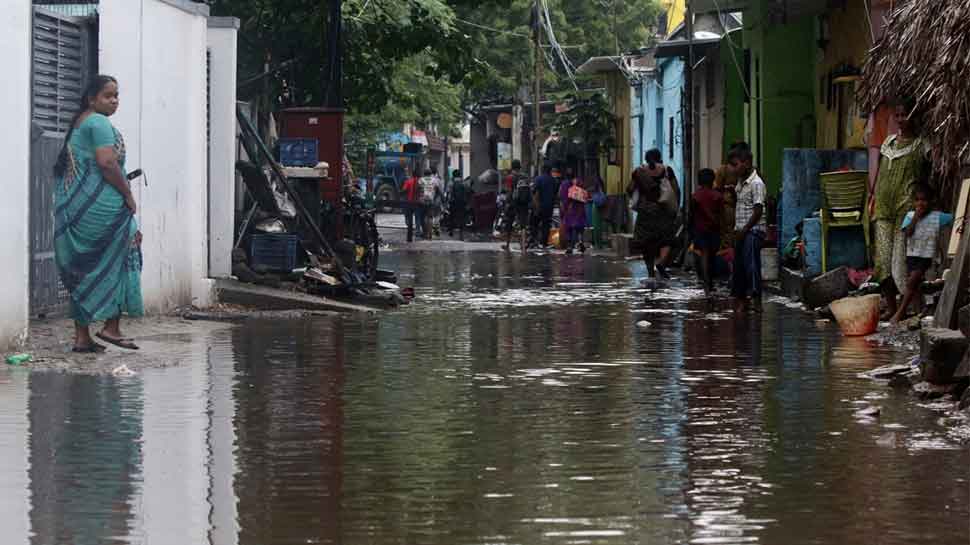 Puducherry: Heavy rainfall for the past few days has disrupted normal life in Tamil Nadu and Puducherry. Scores of commuters in both regions are facing trouble to reach their respective workplaces since morning hours as some of the major junctions of the states are clogged with rainwater.

In Tamil Nadu`s capital city Chennai, the moderate rain is likely to batter the region with the temperature oscillating between 24 degrees Celsius and 30 degrees Celsius with the relative humidity docking at 95 per cent.

In Puducherry also, the sky will generally be cloudy today with a chance of a moderate downpour.

The temperature in the union territory would be between 22 degrees Celsius and 28 degrees Celsius. Apart from that, very heavy falls at isolated places likely over Karaikal, South Interior Karnataka, Kerala, Mahe and Lakshadweep predicted IMD.

The organisation has advised fishermen are advised not to venture into these areas for the next couple of days.