The ongoing stir against CAA, NRC and NPR has led to a huge shortage of tricolour supply in Hyderabad. 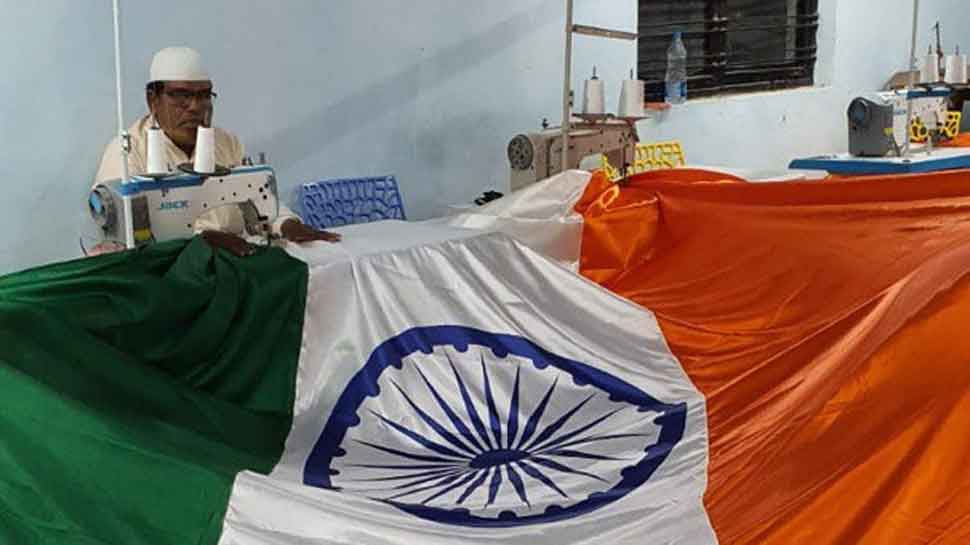 HYDERABAD: The Republic Day is just a fortnight away but there is a huge shortage of Tricolour in Hyderabad due to the ongoing protests against the Citizenship Amendment Act, 2019, NRC and NPR. According to reports, the supporters and opponents of the controversial citizenship law have been using Tricolour during their rallies and demonstrations, which has led to an acute shortage of the national flag in the Muslim-dominated city.

Hyderabad, which is considered to be a stronghold of Asaduddin Owaisi's party AIMIM, is likely to witness a ''Tiranga Rally'' on Friday and the flag makers are working overtime to meet the demand for the Tricolour.

A huge flag - 25 feet in width and 12 feet in height - is being readied for the Tiranga Rally during which thousands of protestors will hold the Tricolour in their hands to protest against the CAA, NRC and NPR.

The AIMIM rally will begin from Mir Alam Idgah to Shastripuram in the city outskirts on January 10. Owaisi, who had announced that he would hoist the National Flag at Charminar on the Republic Day, had ordered 10 feet by 30 feet Tricolour.

Sheikh Osman, proprietor, SK traders, which makes flags of all the parties in India and is also one of the biggest suppliers of Tricolour, said that the sales are high but supply of national flag has been hit.

In Hyderabad alone, more than three lakh flags were sold. Owaisi's party has kept one of its activists at this shop to expedite the supply of national flag in view of the proposed mega rally.

Imran, the AIMIM activist, said that the demand for the Tricolour is expected to rise in huge numbers till the Republic Day as well.