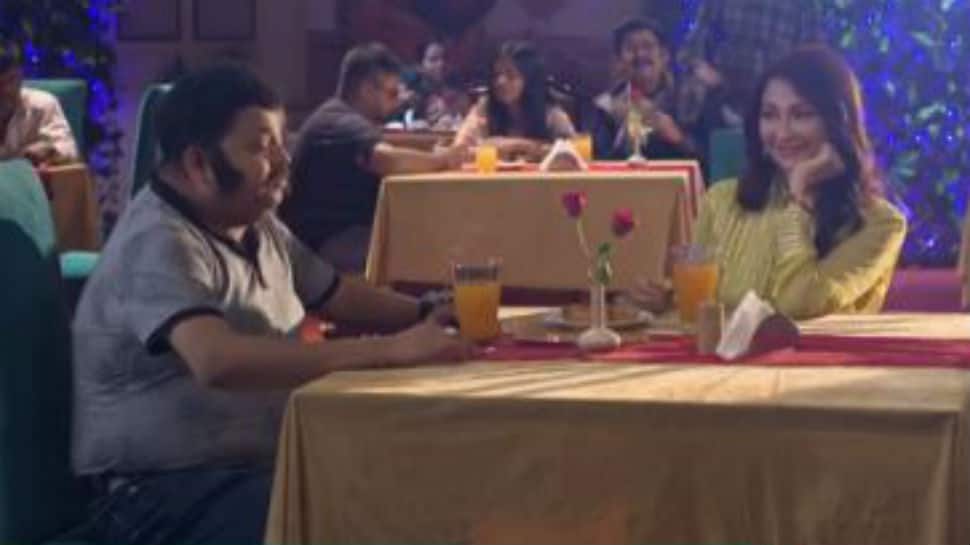 In the earlier episode of 'Bhabi Ji Ghar Par Hain', Anita-Vibhuti and Angoori-Tiwari win best couples of Kanpur awards. However, they get insulted for lying about their relationship. Anita tells Vibhuti that she earned the award more than him while Angoori said she deserves the award more than Tiwari.

In Wednesday's episode, Angoori meets Anita and tells her how Tiwari had insulted her. Their laundry man Cheddi also shows up and complains about how his wife treats him. Anita makes a plan to make their spouses learn a lesson. She asks Angoori to pretend to have an affair with Cheddi while. Anita also decides to pretend about having an affair with Anurag.

When Angoori goes to the market with Cheddi, they see his wife with another man buying vegetables. Angoori buys two plates of golgappas and feeds Cheddi with her own hands. Cheddi’s wife sees this and gets jealous. Vibhuti also sees Angoori feeding Cheddi and is left heartbroken.

Anita too takes Anurag to a restaurant where they know Minal will be meeting a friend, When Minal shows up Anita begins praising Anurag and tells him how much she loves him Anurag says he loves Anita too. Tiwari is also at the same restaurant conducting a business deal. He leaves the business deal and cries hearing what Anita says.

Vibhuti tries to ask Angoori if she is having an affair with Cheddi. Angoori avoids his question to answer another call. Vibhuti is convinced that something is on between Angoori and Cheddi. How will he react on finding out that Anita is having an affair too? Stay tuned to find out.