When Vibhuti enters his own house as the music teacher, Anita begins flirting with him. Anita knows that Vibhuti is pretending to be a music teacher. 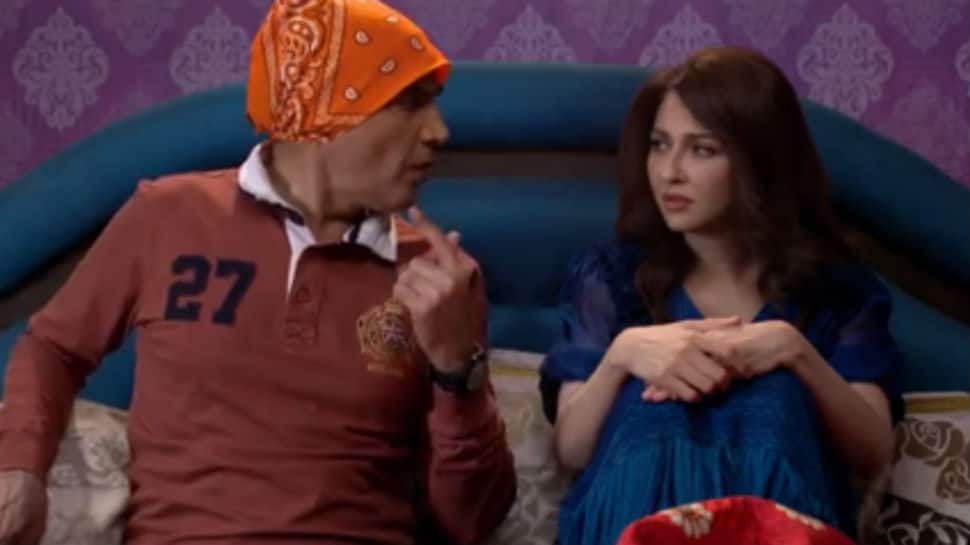 In the earlier episode of 'Bhabi Ji Ghar Par Hain', Tiwari is forced to eat idlis and wadas as Angoori reveals that the music teacher has said that it will improve her singing. Tiwari later takes Vibhuti to meet Anita where he is forced to teach her music too. Saxena, meantime, invites Tika, Tilu and Malkhan to his house. Anita sees Vibhuti putting on his disguise in the bushes and realises that he is the music teacher.

In Thursday's episode, Saxena apologises to Tika, Tilu and Malkhan. He threatens to kill himself if they don’t forgive him. Tika, Tilu and Malkhan decide to forgive Saxena but he invites them for dinner again. Angoori is learning music from Vibhuti but wants to learn more than just the basics.

Vibhuti tells her to learn more Angoori should tell Tiwari to pay for tickets to go to Mysore Garden. Amma hears this and decides to join on the trip to Mysore too. Hearing this, Vibhuti decides to postpone to trip to Mysore. When he leaves, Angooori’s house, Anita is waiting at the balcony. She reminds the music teacher he has to teach her.

When Tika, Tilu and Malkhan return to Saxena’s house they are served food again. However, this time when they think they are eating fish koftas they are actually eating scorpion koftas. They beat Saxena again. Meanwhile, Vibhuti goes to the bedroom to woo Anita.

Anita turns him away saying that she only likes the music teacher now. She also tells Vibhuti that he is boring now and doesn’t enjoy his company. Vibhuti is hurt but doesn’t reveal he is the music teacher himself. Will Vibhuti be forced to reveal the truth? Stay tuned to find out.