Shilpa and Bandgi threw used waxed strips and garlic cloves on Akash during the task. 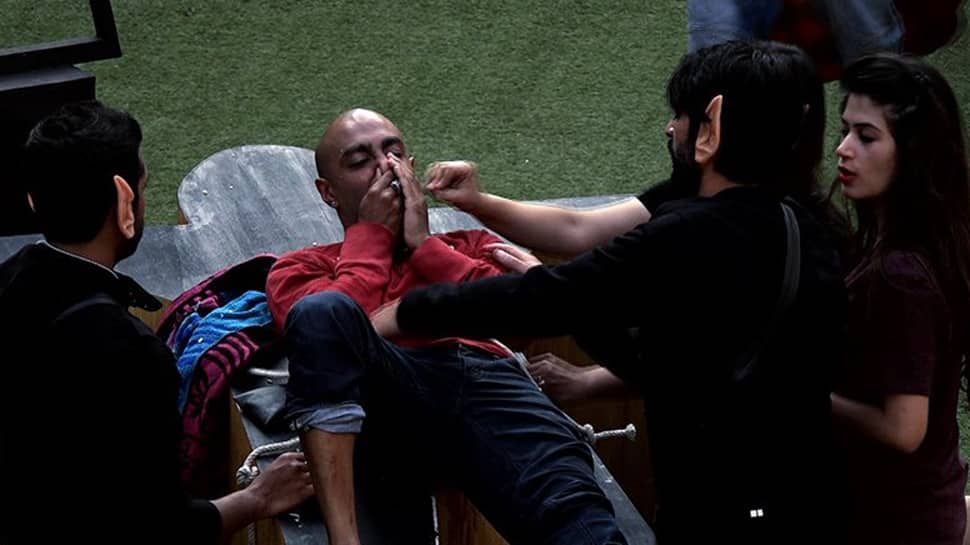 New Delhi: The luxury budget task between Team Lilliputs and Daanavs was one of the most exciting tasks inside the Bigg Boss 11 house until now.

It started off with Arshi, who didn’t last for long in the game and gave up soon. Then came Akash, who faced the maximum torture. So much so that he got severe allergic reaction on his face due to garlic sprinkled on him. Shilpa and Bandgi threw used waxed strips and garlic cloves on Akash and soon his face and lips became swollen yet he didn’t give up.

After that Luv was given a hellish treatment by Puneesh, Bandgi, Shilpa and Hiten. Puneesh even trimmed his hair yet he didn’t quit. Last but not the least came Hina Khan and Bandgi took her revenge by chopping a strand of her hair from the ends.

Hina blasted her and arguments kept flying between the two where both kept pointing each other’s faults.

Finally,  the task was won by Team Lilliputs of Shilpa, Bandgi, Puneesh and Hiten Tejwani.

Keep reading this space for more updates on Bigg Boss 11.