Monalisa was one of the most popular contestants of season 10. 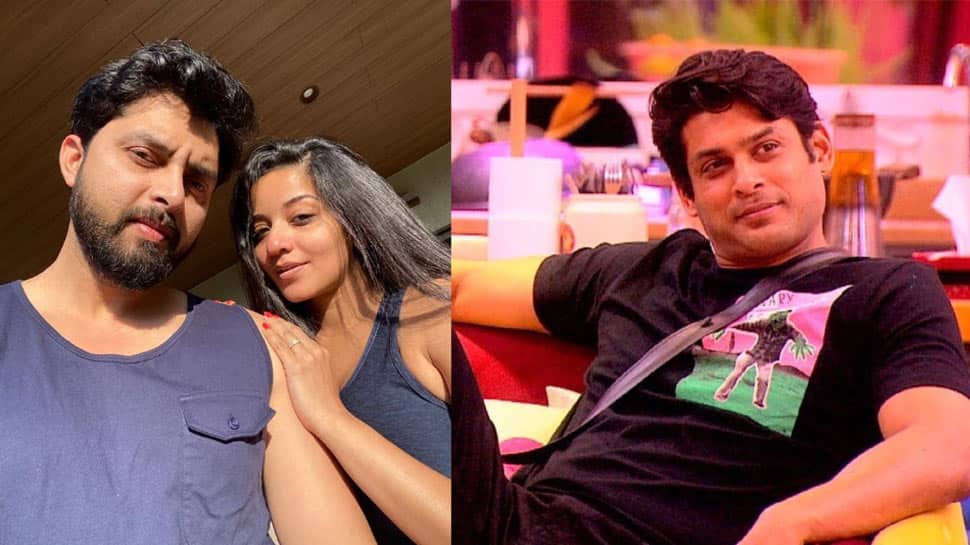 New Delhi: Once hailed as a top Bhojpuri star, Antara Biswas aka Monalisa successfully moved to television in 2018 with her maiden supernatural show 'Nazar'. She essayed the role Mohana - an evil force with much precision and conviction, as fans drooled over her act.

Monalisa, who has been a participant of the most popular reality show 'Bigg Boss' season 10 recently revealed why she feels her husband Vikrant Singh Rajpoot is quite similar to 'Bigg Boss 13' winner Sidharth Shukla.

In an Instagram live chat session with BollywoodLife.com revealed, "When I used to watch Sid in Bigg Boss 13, he used to remind me of Vikrant. He says whatever is in his heart. A lot of times people don't like that quality and think that the other person has an attitude. But this isn't an attitude, Vikrant is like that. A lot of people limit themselves while talking. He doesn't do that."

Mona was one of the most popular contestants of season 10. In fact, she got married to then-boyfriend Vikrant on the show itself which raked in a lot of TRPs for the makers.

The actress has had a long and illustrious career in the Bhojpuri movie industry. She has worked with almost all the A-listers including actors and filmmakers.

Meanwhile, Monalisa is now seen in 'Nazar - season 2' where she plays Madhulika.