The glamorous event saw guests clad from casuals to over the top extra-glam gowns. 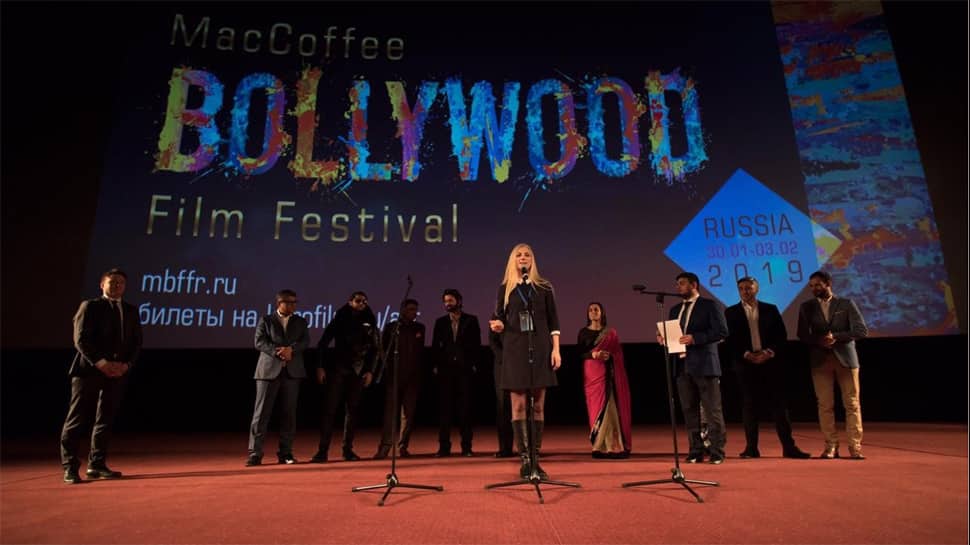 For the past couple of years, Bollywood Film Festival Russia (BFFR) is promoting Hindi movies and giving a platform to the mainstream audience to have a direct connect with their favourite stars. This year popular TV actors Karanvir Bohra (from the serial Qubool Hai) and Barun Sobti (from the serial Iss Pyar Ko Kya Naam Doon) graced the audience with their presence at this event that took place on 30th of January. The glamorous event saw guests clad from casuals to over the top extra-glam gowns. With the cool Moscow winter, who could blame anyone for a little leg room.

The event will be held in 8 different cities and will last up to 3rd of Feb. The other movies that will be showcased during this festival are Sui Dhaaga, Made in India, Udta Punjab, 5 weddings, Rock-star, Bajirao Mastani and Rab Ne Bana Di Jodi.

However, in Bollywood style, there was a little masala (twist) in this story. On 30th January, when Karanvir Bohra landed at Moscow Airport, he was detained by immigration officers for flying with a damaged passport and they decided to deport him the next day.

To keep the panic situation under control, the organizers promptly swung into action and with the help of Indian Embassy, a new passport was immediately issued to get him out of the airport. The job was difficult and but not impossible.