Hutatma is an adaptation of Meena Deshpande's novel. 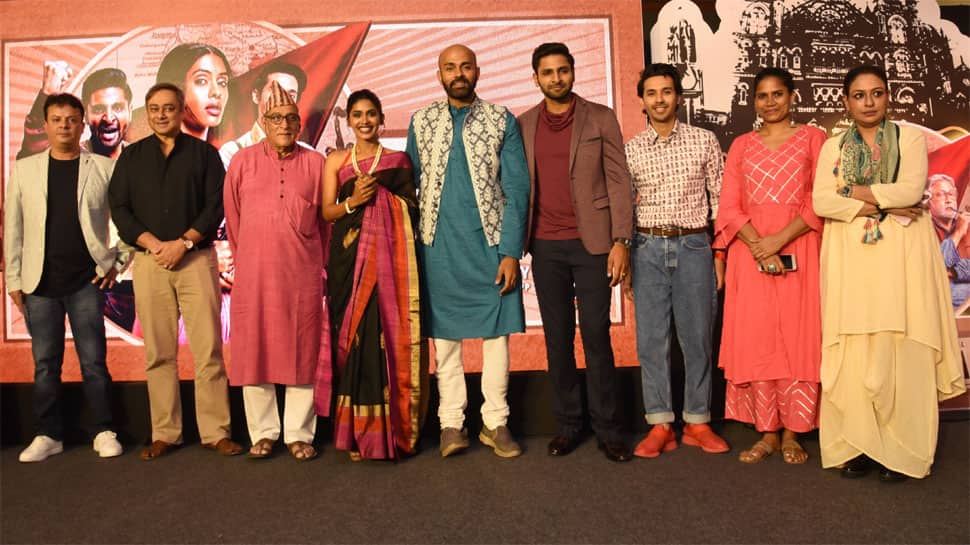 ZEE5, India's fastest growing OTT platform, announces upcoming Original Hutatma, a historical drama which will fittingly release on 1st May, Maharashtra Day. The seven-episode web series is based on the 1950's Samyukta Maharashtra Movement for the demand of a Marathi speaking state in Independent India.

It delves into the lives of common people and depicts their struggles, sacrifices, aspirations and betrayal amidst the difficult times of a powerful battle. As a tribute to the movement, Hutatma premiers on 1st May 2019 (Maharashtra Day) on ZEE5.

Hutatma is an adaptation of Meena Deshpande's novel and revolves around the story of a young girl named Vidyut, who revolts to avenge her father's untimely death. The story artistically renders an amalgamation of fictional characters and real historical figures like Acharya Atre, Shripad Amrut Dange, S M Joshi, Pandit Jawaharlal Nehru, Morarji Desai, Yashwantrao Chavan and Senapati Bapat to name a few.

Commenting on the announcement, Manish Aggarwal, Business Head, ZEE5 India said, "Hutatma is the only show on the Samyukta Maharashtra Movement, which was a widespread movement for the demand of a Marathi speaking state in independent India. It is an important story to bring alive as a significant number of youth is unaware of the struggle and the sacrifices made behind it. We take pride in announcing the show on a medium that reverberates among today's audience in a big way."

Aparna Acharekar, Programming Head, ZEE5 India said, "At ZEE5, we are constantly working towards presenting unexplored stories to our audiences and Hutatma is another step in that direction. Meena Deshpande's novel has lent itself beautifully to the screenplay of the show and Jayprad Desai has done justice to the narrative. We have the finest industry talent and an interesting mix who are a part of the show. The trailer has already created a lot of interest and we are sure it will be received well by the viewers."

Talking about his journey, Director Jayprad Desai shares, "Hutatma is telling a compulsive story that makes an exciting, thrilling ride which has never been told before. Extensive research has been done on the topic, the cast has been hand-picked, their looks have been planned carefully and we have also re-created the Bombay of the '50s. When I read Meena Deshpande's book, I decided to present it to a wider audience and approached ZEE5. The platform has a strong grip in regional content and a laudable subscription base just right to present such a topic."

Sharing her experience, actress Anjali Patil said, "It was a very gradual process of becoming Vidyut - a very fragile young girl who is sucked into a socio-political battle with her personal emotions. The most influencing factor was that era and with its understanding, the body language, the language, the way she walks or her perspective to things is all very different. Vidyut is a character which has allowed me to live life in its extreme details. It was gruesome and painful at times to allow oneself to go through such turmoil on daily basis as we shot two seasons over 2 months."

With over 3500 films, 500+ TV shows, 4000+ music videos, 35+ theatre plays and 90+ LIVE TV Channels across 12 languages, ZEE5 truly presents a blend of unrivalled content offering for its viewers across the nation. With ZEE5, the global content of Zindagi as a brand, which was widely appreciated across the country, has also been brought back for its loyal viewers.

Pricing: Freemium pricing model with both free and paid premium content (including Originals) to cater to a mix of audiences. Viewers who subscribe to the ZEE5 subscription pack will get access to the entire library of content with – 99/- for 1 month and 999/- for a year. Subscribers can avail a 50% cashback on the above-mentioned price by paying through Paytm.

Ronnie Screwvala's RSVP to launch animated series for adults in May