Veergati presents the poignant tale of a martyr's tragic fate. 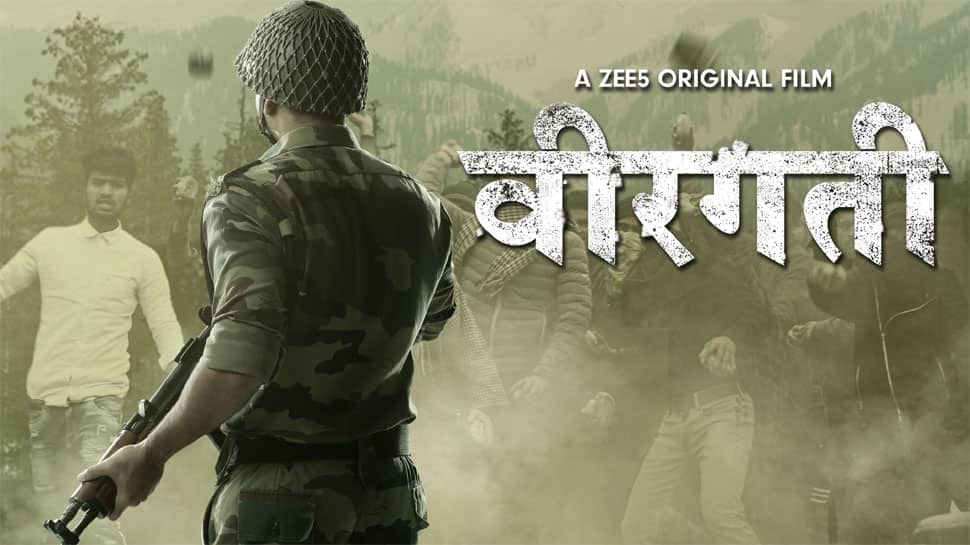 ZEE5 has been a forerunner in presenting unique content that challenges one's beliefs and thoughts. In the past few months, the fastest growing OTT platform has successfully launched interesting Original concepts backed by innovative formats such as Khaar, Lal Bahadur Shastri's Death - An Unfinished Story, Sigai (Tamil), Khoj, Mehram and so on. ZEE5 has now announced the launch of its fourth original film Veergati, inspired by real events, releasing on Republic Day.

Produced by Roshan Kanal's Daytee Pictures, Veergati presents the poignant tale of a martyr's tragic fate forcing viewers to question the core fundamentals of patriotism and one's duty towards the country.

Manish Aggarwal, Business Head, ZEE5 India said, "Our experience over the past year has taught us that movies that challenge our notions and our knowledge are a huge hit among the OTT audience set. They love to be challenged on the perceptions they have been formed. Veergati is one such which forces us to rethink our beliefs and our own sense of right and wrong. This varied array of content has helped build on our subscriber base across geographies and demographics."

Aparna Acharekar, Programming Head, ZEE5 India, "It is an honour for us to showcase the stories of forgotten heroes who have laid down their lives for our country. ZEE5 takes this opportunity to remember many such heroes and showcase it to our youth in the most engaging manner, this Republic Day."

Raju Desai & Vishal Desai, Director duo, Veergati said, "Veergati is a small attempt on our part to highlight the challenges that our jawans face for our safety. Releasing this Republic Day for the audiences across the globe, it is an emotional journey in the lives of our youth who, are misled and brainwashed by militants into committing acts of violence in the garb of jihad. He feels that our youth should be made to realise that these soldiers are not our enemies but are fighting FOR us. The bravery of our jawans combined with the energies of our youth will make our country an unbreakable force. ZEE5 is be a great medium to convey this story which is a perfect dose of infotainment with an essence of patriotism."

Roshan Kanal, Producer, Daytee Pictures said, "The film will make you emotional and you will ask yourself a lot of questions. It will make you feel more grateful towards the soldiers who sacrifice their lives for you and the nation."