Roger Federer confirms he will play in 2017 Rogers Cup; returns to Montreal after six years 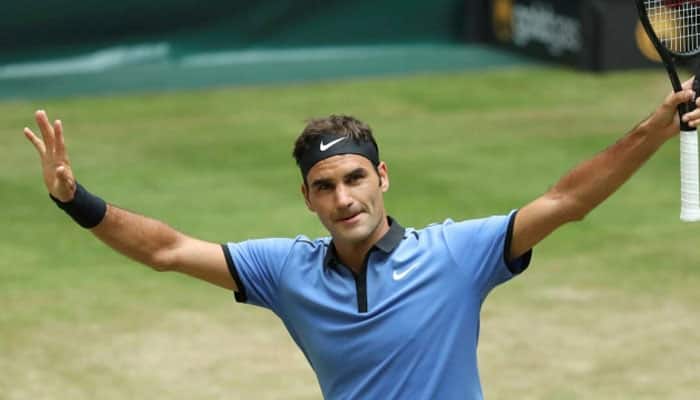 New Delhi: Almost two weeks after clinching his record eighth Wimbledon title at the All England Club, Roger Federer came forth on Tuesday to announce that he is all set to kick-start his US Open preparations with ATP event at Montreal.

The event, named as Rogers Cup which alternates between Montreal and Toronto each year, is slated to kick-off next week. It will mark the return of the 19-time Grand Slam champion after almost six years. It was back in 2011 that he had made his appearance on the Canadian hardcourt, but failed to crawl into the fourth round. 7-6 (7-3), 4-6, 6-1 as the 35-year-old had lost to Frenchman Jo-Wilfried Tsonga.

"I`m happy to be coming back to Montreal, as I have not had the chance to play there for many years," Federer said. "This 2017 season has been very exciting and I am really looking forward to being back on the court."

Looking back at the year so far, Federer had marked a return back to tennis action this year, winning his fifth Australian Open title, defeating his old nemesis Rafael Nadal. He then clinched the Miami title, Indian Wells and finally Halle, before announcing yet another break form tennis. Despite missing out on the second Grand Slam event of the year, the French Open, Federer defied all odds to lift his eight Wimbledon title at SW19.

Tournament director Eugene Lapierre is happy that the tennis ace would be celebrating his 36th birthday at Montreal.

"We are celebrating today and the celebrations will continue over the next few days, especially since Federer will celebrate his birthday with us on August 8," said Eugene. "I`m certain the Montreal fans will give him the welcome he deserves."

As far as the tournament goes, Federer is a two-time champion and will aim to lift his third in Montreal. His first came in 2004 and then in 2006.