Pulses were racing around Wimbledon for around 40 minutes on Tuesday as an All England Club debutant nicknamed 'The King' threatened to invade Roger Federer's grasscourt kingdom. 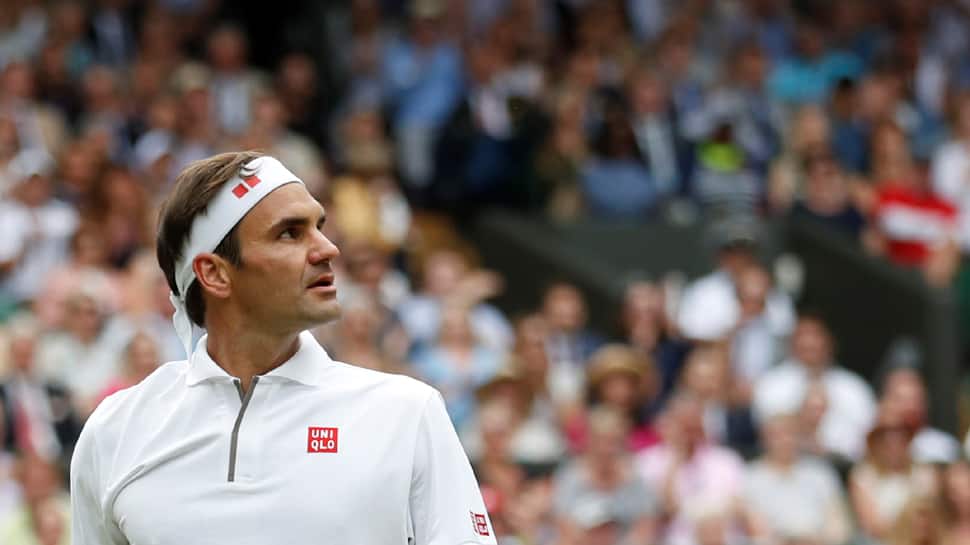 Pulses were racing around Wimbledon for around 40 minutes on Tuesday as an All England Club debutant nicknamed 'The King' threatened to invade Roger Federer's grasscourt kingdom.

When little-known South African Lloyd Harris took the first set, the jitters had well and truly set in amongst the 15,000 Centre Court crowd who feared His Royal Swissness could be about to suffer his first opening-round loss at a major since 2003.

But on a day when the Swiss was supported by his parents and family friend the Duchess of Cambridge from the Royal Box, the eight-times champion eventually turned on the style to hand down a 3-6 6-1 6-2 6-2 victory.

"Just because I've had good results in the past doesn't mean you're going to keep producing it," said second seed Federer, playing at Wimbledon for a professional era record 21st consecutive year.

"I struggled early on, felt a bit frozen, my legs weren't going... and things happened really quickly. He did very well and kept me nervous for a set and a half."

Contesting his 108th match at the All England Club, Federer had been expected to ease to his 96th win at the grasscourt major considering he was facing an 86th-ranked journeyman who had yet to play a main Tour match on the green stuff.

German great Boris Becker had heralded the Swiss maestro's arrival on Centre Court by proclaiming: "This is Roger Federer, the finest artist tennis has ever known."

However, young upstart Harris, who was six when Federer won the first of his 20 Grand Slam titles at Wimbledon in 2003, cared little for such reputations.

The South African, wearing a back-to-front baseball cap, came out swinging to break the mighty Federer serve in the sixth game and held on to the advantage to seal the first set when the Swiss swiped a backhand long.

When Federer fired a double fault in the first game of the second set and followed that by netting an easy volley, the gasps grew louder on Centre Court.

But if Harris harboured any hopes this might be the day he would emulate the 1951 feat of American Dick Savitt, who was the last man to win the Challenge Cup on his Wimbledon debut, his dreams were brutally crushed over the next three sets.

It was not the regal performance expected from the supremo contesting a record-extending 77th major but Federer, who got 28 percent of his first serves in during the third set, dropped only five more games and sealed victory with his ninth ace.

"That break in the (fourth game of the) second set was very crucial to turn things around and then I got into the match and things started to change. It took a big effort and I thought Lloyd played a good match," said the 37-year-old.

"Mentally I knew there was still a long way to the finishing line for my opponent and experience kicks in.

"It was all managing the nerves and that took a set today but credit to him for swinging big in the beginning.

Next up for Federer is British wildcard Jay Clarke.

Wimbledon: Venus slayer's dream was to win, and 'that's what happened'