Rawat also turned a pallbearer as the coffin was placed in a vehicle to be taken to Haridwar for last rites. 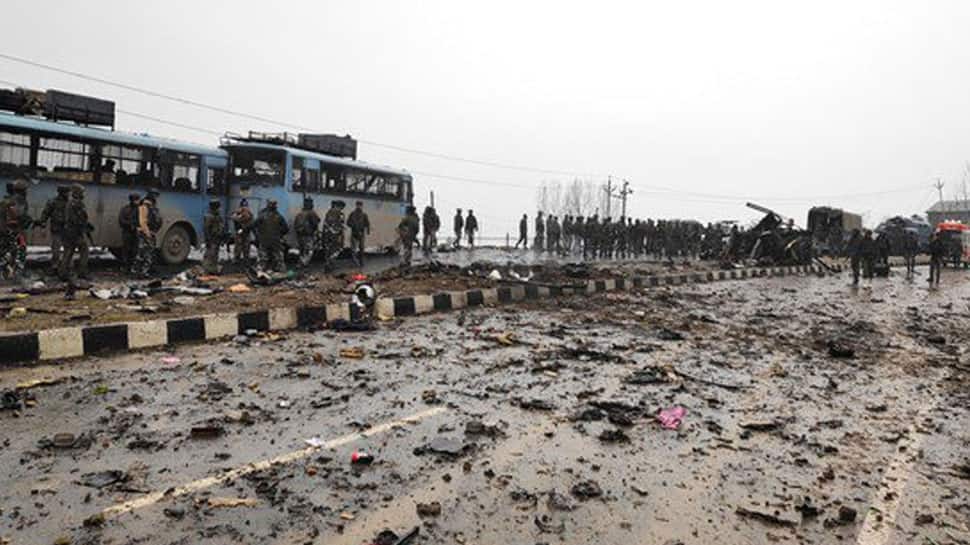 Rawat arrived at Lal's residence in Vidya Vihar locality near Kargi Chowk in the town after his mortal remains were brought in a coffin wrapped with the national flag.

The chief minister laid a wreath on the coffin and commiserated with his family members, saying that the entire country stood by the brave para-military personnel who had sacrificed their lives in the terror assault.

Rawat also turned a pallbearer as the coffin was placed in a vehicle to be taken to Haridwar for last rites.

Mohan Lal (53) who hailed from Uttarkashi district of Uttarakhand was among the 40 CRPF personnel killed in Thursday's terror strike in Pulwama. He was an ASI with the 76th Battalion of the force.

In one of the deadliest attacks in Jammu and Kashmir, a Jaish-e-Mohammad suicide bomber rammed a vehicle carrying over 100 kg of explosives into a bus which was part of a convoy of 78 vehicles carrying CRPF personnel from Jammu to Srinagar.

Two jawans from Uttarakhand were killed in the attack, the other being Virendra Singh from Khatima in Udham Singh Nagar district.

A huge crowd gathered at Lal's residence as his mortal remains were brought home in the early hours of the day, with anti-Pakistan slogans renting the air.