Teacher sings in Bhojpuri to explain English vowels and consonants to students, the video goes viral-Watch

Check out the viral video 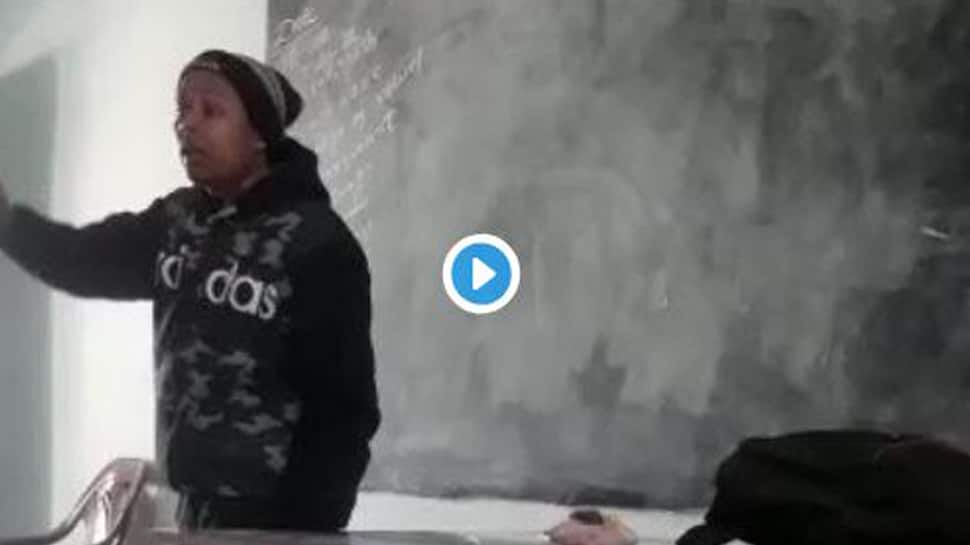 New Delhi: A good teacher is solely responsible for making his subject interesting for the students and that is exactly what this teacher in a video that has gone viral on social media did to explain some basic English grammar rules to his pupils.

The teacher sings a Bhojpuri song to explain English vowels and consonants to students, who seem to be having a gala time listening to his funny rendition. He through his musical explanation says that there are only five vowels - A, E, I, O, U and rest are all consonants. "A vowel is prefixed with an, for example, an elephant; while consonant is prefixed with a, for example, a chair, chalk. There are 26 Alphabets from A to Z, " He said.

The video was first shared by Kumar Vishwas and was later re-posted by Amitabh Bachchan. Kumar Vishwas, praising the teacher, said in his tweet, "if we were taught by such a musical guru we would have been speaking English like Shashi Tharoor."