In the aftermath of latest violence in West Bengal in which five people died in the firing, the poll panel directed the Ministry of Home Affairs (MHA) to rush in and deploy the fresh companies immediately to the state. Till now, a total of 1,000 companies were earmarked for the conduct of elections in the state that has 294 assembly seats. 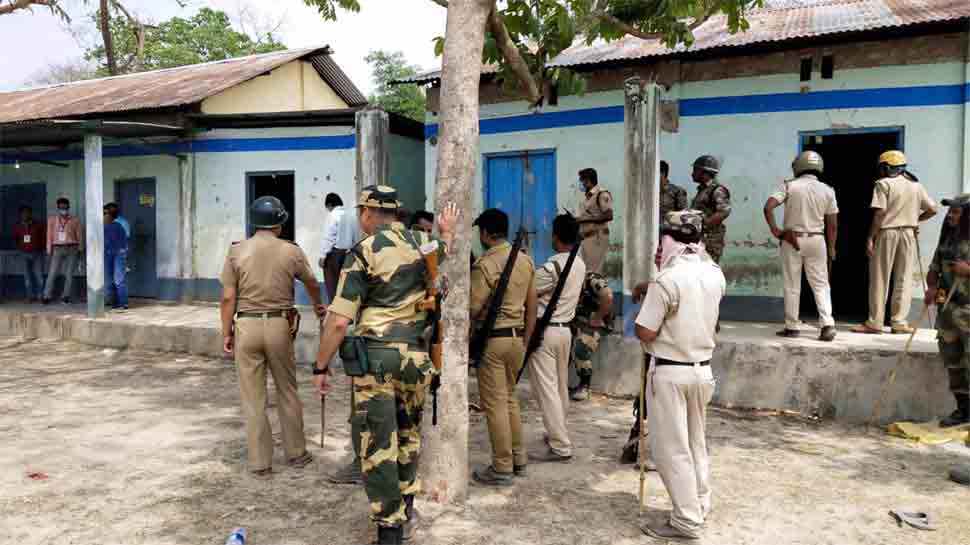 New Delhi: After the first major outbreak of violence during West Bengal assembly elections, in which five persons were killed, including four in alleged firing by CISF personnel, the Election Commission on Saturday (April 10) directed the Union Home Ministry to deploy 71 additional companies of Central Armed Police forces (CAPFs) in West Bengal for the conduct of the remaining four phases of polls.

Senior officials told PTI that the poll panel has directed the Ministry of Home Affairs (MHA) to rush in and deploy the fresh companies immediately. Till now, a total of 1,000 companies were earmarked for the conduct of elections in the state that has 294 assembly seats.

Earlier in the day, four people were killed as central forces opened fire allegedly after coming under attack from locals, who 'attempted to snatch their rifles', in West Bengal's Cooch Behar district, police said. The Election Commission ordered stopping the voting exercise at polling station number 126 of the Sitalkuchi constituency where the incident happened when polling was underway.

According to preliminary reports, four persons were killed as CISF personnel opened fire after coming under attack in a village. "A scuffle took place, and locals gheraoed them and attempted to snatch their rifles, following which the central forces opened fire. Further details are awaited," a police official told PTI. The EC has sought a detailed report on the incident.

According to official sources, the preliminary report submitted by the EC's special police observer Vivek Dubey said a huge mob of around 350-400 people had gheraoed the central forces, following which they fired in "self-defence". The incident led to violence in the area where bombs were hurled, prompting central forces to baton-charge to bring the situation under control.