A fatwa has been issued against the TMC MP by Deoband Islamic clerics who said that wearing a 'sindoor' and the 'mangal sutra' was an insult to Islam. 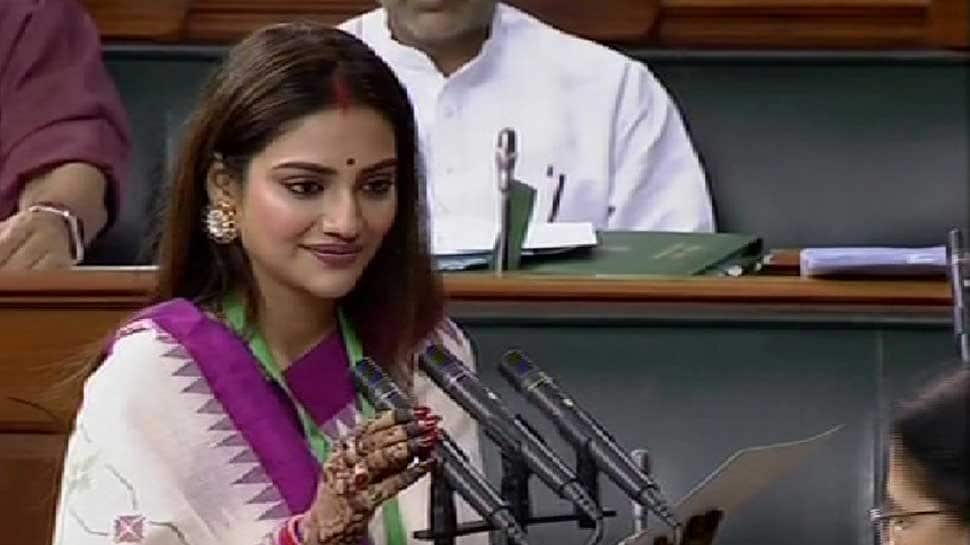 KOLKATA: In more trouble for the newly-elected Trinamool Congress Member of Parliament Nusrat Jahan, a prominent Muslim cleric has said that her marriage with a Jain businessman was not valid under Islam and Jainism.

The remarks were made by Mufti Mukarram Ahmed, Shahi Imam of Fatehpuri Masjid on Sunday.

The Shahi Imam said that the TMC MP's marriage with a Jain businessman is not valid as per Islamic norms.

Mufti Mukarram's reaction came after a fatwa (decree) was issued against Jahan for wearing a sindoor (vermillion) and a 'mangal sutra' while attending the proceedings in Parliament.

A fatwa has been issued against the TMC MP by Deoband Islamic clerics who said that wearing a 'sindoor' and the 'mangal sutra' was an insult to Islam.

Deoband Ulema Mufti Asad Kasmi said that it was an insult to the Islam religion and culture. He added that religion has no importance in the life of actors.

Reacting to it, the Shahi Imam of Fatehpuri Masjid said, ''I don't know what is mentioned in the fatwa, but Islam does not allow `sindoor`. It's not Muslim culture... It's not a marriage. It looks more like a relation to show off. Both Muslims and Jains won't consider it a marriage. She is no more a Jain or a Muslim. She has done a big crime and she should not have done it"

Nusrat, who is a well-known actress, had recently married a Jain businessman and came to the Parliament wearing a 'sindoor', bangles and a mangal sutra, which stirred a huge controversy.

"Islam says a Muslim can marry only a Muslim. I have got to know that Nusrat is a film actor and people in the cinema do not care about religious practices. They do what they have to," Mufti Asad Quasmi of Madrasa Jamia Sheikh-ul-Hind said.

However, several top politicians came out in support of the actor-turned-politician and said that it was her choice what to wear and no one can dictate her.

"Every woman has the right to wear clothes and to follow the ritual of her choice irrespective of any religion. Whether Nusrat Jahan wants to wear sindoor or not is her choice," BJP leader Shazia Ilmi said.

Sadhvi Prachi too slammed the cleric for his statement and welcomed the lawmaker into her "community".

Responding to the row, Nusrat said she is still a Muslim despite her attire. "I represent an inclusive India.. which is beyond the barriers of caste, creed and religion. As much as I respect all religions... I still remain a Muslim.. and no one should comment on what I choose to wear.. faith is beyond attire.. and is more about believing and practising the invaluable doctrines of all religions," she said.

Jahan was seen sporting 'sindoor' - traditionally worn by Hindu and Jain women - and a pink and white saree during her oath-taking ceremony in Parliament on June 25.

She also wore bangles and had her hands covered in beautiful curls and swirls of henna designs.

The TMC lawmaker had touched the feet of Speaker Om Birla and sought his blessings. She had skipped oath-taking for Lok Sabha members on June 17 and 18 owing to her wedding festivities in Turkey.