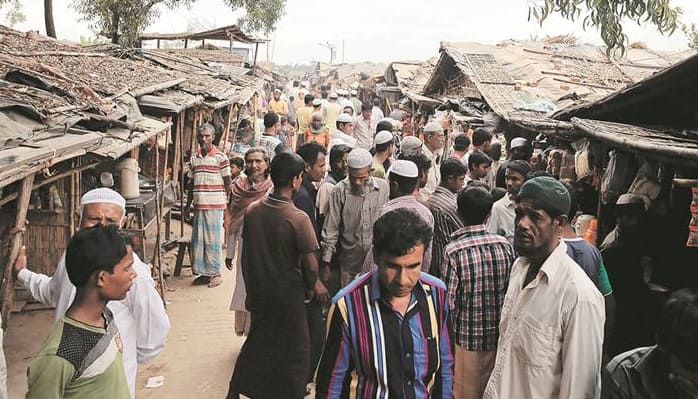 Warsi threatened the government at a rally which was organised September 18 in Kolkata in West Bengal demanding the settlement of Rohingya Muslims in the country.

"If the Muslims are in minority, are we weak? You don't know the history of the Muslims. We are Hussaini Muslims. even if we are 72, we can kill lakhs," Maulana Shabbir Ali Warsi said at the rally.

Meanwhile, in an another development, sources in the government told Zee Media that the Pakistan-based terror groups like Lashkar-e-Taiba (LeT) and Al-Qaeda are trying to recruit the young Rohingyas, who have taken refuge in India, and train them in militancy.

The Centre had on Monday told the Supreme Court that the ''Rohingyas are a serious security threat'' and are ''staying in India illegally''. Sources further said that the government has proof to link Rohingyas to Pakistan-based terror groups such as LeT, Al-Qaeda and so on.

Terror group Aqamul Mujahideen (AMM) is one of the main factors in establishing the connection between LeT and Rohingyas.

AMM, which allegedly has links with LeT, was the mastermind behind attacks on Myanmar border outposts last year. The group also has ties with Pakistan-based Jaish-e-Mohammed (JeM) cell in Jammu and Kashmir.

Nearly 40,000 Rohingya Muslims have taken refuge in India, with 7,000 living in 23 settlements across Jammu.

On Sunday, the Delhi Police arrested man for suspected links with al Qaeda. The accused's mission was to set up base Manipur or Mizoram and radicalise Rohingya Muslims to fight the militancy in Myanmar, police said.