Sovan Chatterjee, a former close aide of Mamata Banerjee, had joined the BJP on August 14. 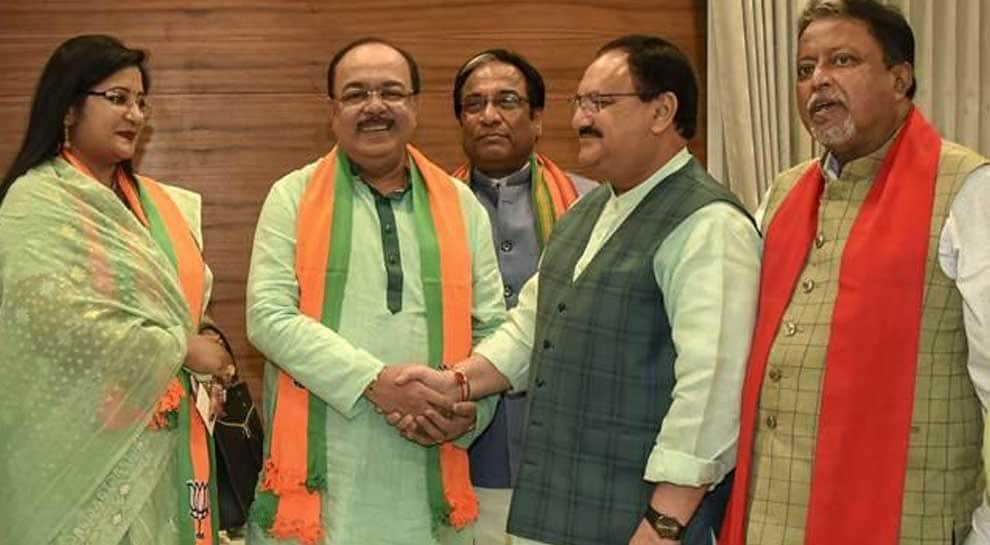 According to news agency ANI, Chatterjee had sent an email to Kolkata Police Commissioner Anuj Sharma on Sunday requesting him to deploy security personnel at his residence to "avert any untoward attempt" on his life.

In his email, the former Kolkata Mayor alleged that his security cover had been withdrawn at the behest of the Mamata Banerjee government in the state.

He alleged that his security cover was withdrawn without any previous intimation and blamed the TMC government of acting out of "vindictiveness".

In his email, he said, "... at the wee hour of 11:15 PM on 17th August, suddenly all my security personnel were withdrawn by your office without any intimation. It is pertinent to mention here that I apprehend such withdrawal of security personnel maybe because of the vindictiveness of the State Government against me as I've joined the BJP on 14th of August 2019. However, in the eyes of the administration, all are equal."

Sovan Chatterjee, who is an MLA from Behala Purba Assembly constituency, has held crucial ministries in the Mamata Banerjee government before resigning from the Trinamool Congress in November 2018.

"I resigned from the office of Mayor and Minister on 22nd November 2018. Still my security arrangement was not reduced as the State Government and the Police Department is fully aware that apart from the anti-social elements, presently my life and honour is at stake due to the activities and conspiracies of my wife Ratna Chatterjee (against whom I've filed a divorce case and her associates)," he wrote in the email.

Chatterjee also claimed that he was attacked recently. "I hope the recent attack on me in Raichak should be an eye-opener to the administration...," he said.

Chatterjee, a former minister of the Mamata Banerjee government, had joined the BJP in the presence of its senior West Bengal leader Mukul Roy and its general secretary Arun Singh on August 14.

Welcoming Chatterjee, Roy said he was one of those leaders who has made a big contribution to Banerjee's rise to the post of the chief minister.

Six TMC MLAs and one each of Congress and CPI(M) have switched over to BJP since the results of Lok Sabha polls were announced in May, with the saffron party wooing rival party leaders to bolster its strength in the run-up to the next assembly polls in the state, due in 2021.

The BJP made deep inroads in West Bengal in the Lok Sabha polls by winning 18 out of the 42 Lok Sabha seats, just four less than the TMC.

When a dog saved its owner from leopard attack in Darjeeling