The European Union (EU) also warned of "further actions" against Venezuela if elections are not called in the coming days. 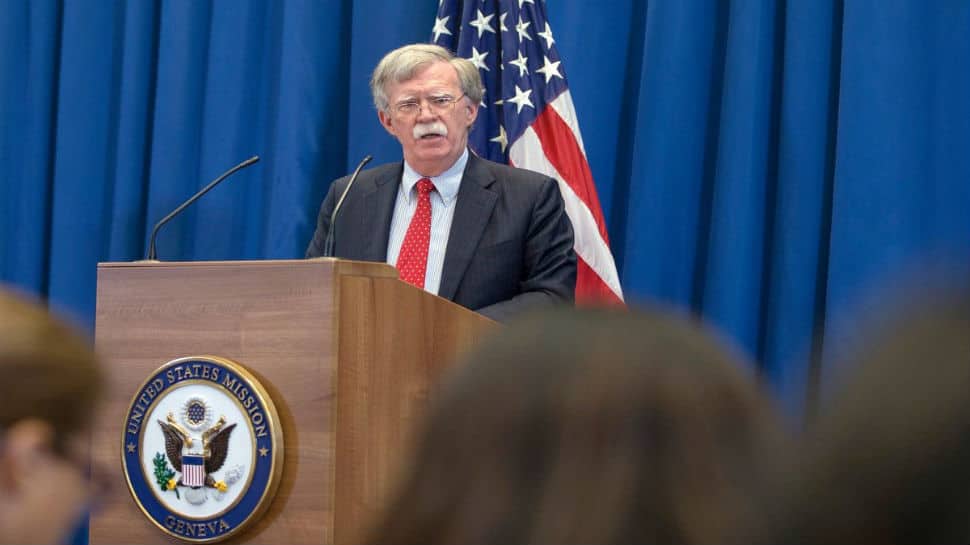 Washington: US National Security Adviser John Bolton has warned of a "significant response" to any violence or intimidation against American diplomats in Venezuela amid the ongoing political turmoil in the South American nation.

"Any violence and intimidation against US diplomatic personnel, Venezuela`s democratic leader, Juan Guiado, or the National Assembly itself would represent a grave assault on the rule of law and will be met with a significant response," Bolton said in a tweet on Sunday night.

In response, Maduro, whose election the US has declared illegitimate, announced that he was cutting off diplomatic relations with Washington and ordered American diplomats in the country to leave within 72 hours, The Hill magazine reported.

He also ordered Venezuelan diplomats out of the US. But on Saturday, Venezuela`s Foreign Ministry reportedly issued a statement suspending the expulsions.

The US, UK, Germany, Spain, Germany and France has recognised Guaido as Venezuela`s interim President. The European Union (EU) also warned of "further actions" against Venezuela if elections are not called in the coming days.

Inflation rate of 10,000,000%: Why this country's president is making headlines