Assistant Sub-Inspector Rudra Bahadur Shrestha, who was injured in the crash and airlifted to Kathmandu, died while undergoing treatment at Grande Hospital, the paper said, citing hospital sources. 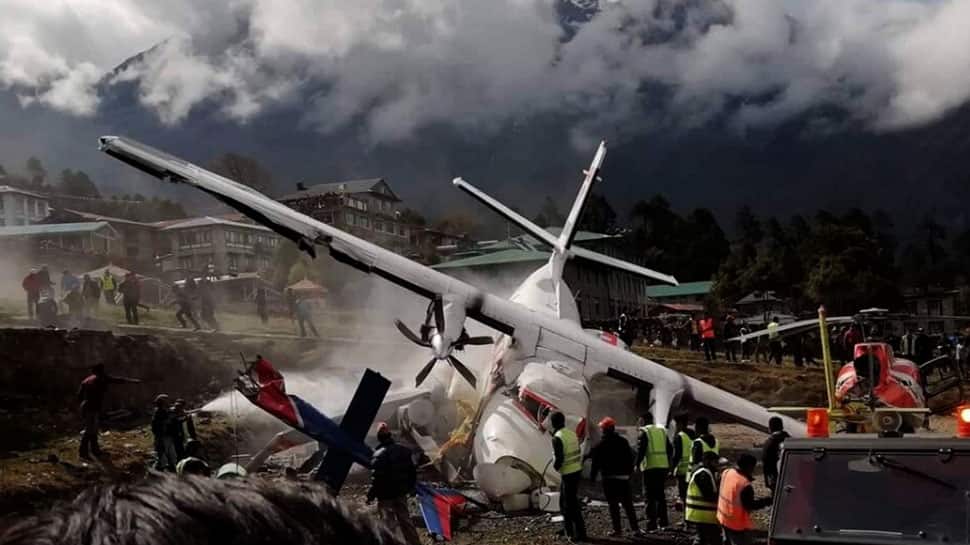 Kathmandu: A small passenger plane veered off the runway while taking off and hit two parked helicopters at Lukla airport in Nepal's Everest region on Sunday, killing a co-pilot and two policemen, officials said.

The incident occurred as the plane - a Twin Otter belonging to Summit Air - with registration 9N-AMH skidded off the runway while preparing to take off and hit helicopters parked 30-50 metres from the runway, the Kathmandu Post reported.

S Dhungana, co-pilot of the plane, and Assistant Sub-Inspector Ram Bahadur Khadka, who was stationed at the helipad, were killed in the incident, Tribhuvan International Airport spokesperson Pratap Babu Tiwari was quoted as saying by the paper.

Assistant Sub-Inspector Rudra Bahadur Shrestha, who was injured in the crash and airlifted to Kathmandu, died while undergoing treatment at Grande Hospital, the paper said, citing hospital sources.

Captain RB Rokaya who was flying the aircraft and Captain Chet Gurung of Manang Air, who was in the helicopter, were injured in the incident. They are receiving treatment at Grande Hospital and are said to be out of danger, it said.

The aircraft had hit the helicopters of Manang Air and Shree Air.

Lukla airport, also known as Tenzing-Hillary airport, is often referred to as one of the most difficult and dangerous airports in the world because of a short runway (527 metres) and challenging terrain.