Hurricane Dorian became the strongest storm in modern records to hit the northwestern Bahamas and is expected to pound the islands with up to two days of torrential rain, high waves and damaging winds as parts of Florida evacuated before it took aim at the US mainland. 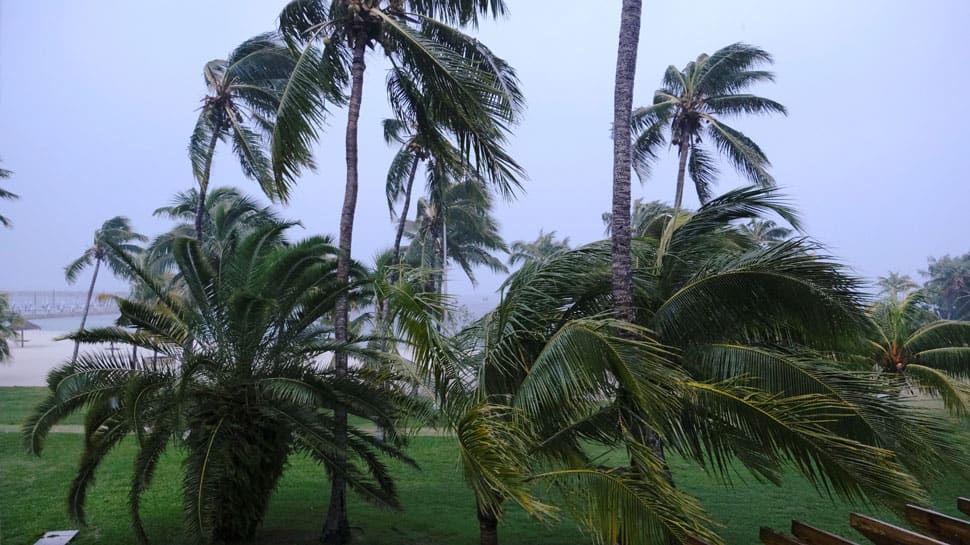 TITUSVILLE: Hurricane Dorian became the strongest storm in modern records to hit the northwestern Bahamas and is expected to pound the islands with up to two days of torrential rain, high waves and damaging winds as parts of Florida evacuated before it took aim at the US mainland.

The US National Hurricane Center (NHC) said Dorian made landfall on Elbow Cay in the Abaco Islands as a Category 5 storm on Sunday with maximum sustained winds of 180 miles per hour (285 km per hour) and gusts of more than 200 mph (322 kph).

Millions of people from Florida to North Carolina were bracing to see whether Dorian avoids a US landfall and, as predicted, veers north into the Atlantic Ocean after hitting the Bahamas. Even a glancing blow from one of the strongest storms ever to menace Florida could bring torrential rains and damaging winds, and "a Florida landfall is still a distinct possibility," the Miami-based NHC warned.

Bahamas residents reported trees snapping and docks being destroyed before the brunt of the storm arrived. The pummeling was expected to last for hours as the hurricane may slow to just 1 mph, "prolonging its catastrophic effects," the NHC said.

On Great Guana Cay, just off Great Abaco Island, waves began washing over low-lying parts of the tiny 9-mile (14-km) strand of land that is only about a quarter-mile wide by mid-morning, resident Tom Creenan said.

Although some residents left for Nassau and elsewhere days ago, some 200 to 300 are riding out the storm on Great Guana Cay, where power was already out and forecasters are predicting up to 2 feet (61 cm) of rain and 23-foot (7-meter) storm surges.

"The other day the prime minister came out and said everybody in Abaco should leave," Creenan said by phone. "But there`s no place to go." "This is the strongest hurricane that`s ever hit in the Bahamas," Creenan said. "I grew up in Florida, so I`ve been through Andrew."

Hurricane Andrew slammed into eastern Florida in 1992 as a category 5 storm on the five-step Saffir-Simpson Wind Scale, obliterating the town of Homestead. That state was taking no chances with Dorian and four Florida counties, including Palm Beach County, issued mandatory evacuations for some residents, including those in mobile homes, on barrier islands and in low-lying areas. Other coastal counties have announced voluntary evacuations.

US President Donald Trump warned on Sunday that the storm would likely impact the eastern seaboard from Florida to North Carolina. "Looking like one of the largest hurricanes ever," he wrote on Twitter.

The Federal Emergency Management Agency (FEMA) is moving food, water and generators into the southeastern United States, said acting Administrator Peter Gaynor. "When it comes to response, we are more than ready to deal with anything that Dorian delivers us this year, or any other storm that may come this season," he told CNN.

Meanwhile, a new tropical storm has formed southwest of Mexico and is expected to become a hurricane on Monday. Tropical Storm Juliette is 455 miles (735 km) from Manzanillo, Mexico, with maximum sustained winds of 45 mph (75 kph), the NHC said on Sunday.