There were believed to be some fatalities, the Los Angeles Times quoted Ventura County Fire Department Captain Brian McGrath as saying. 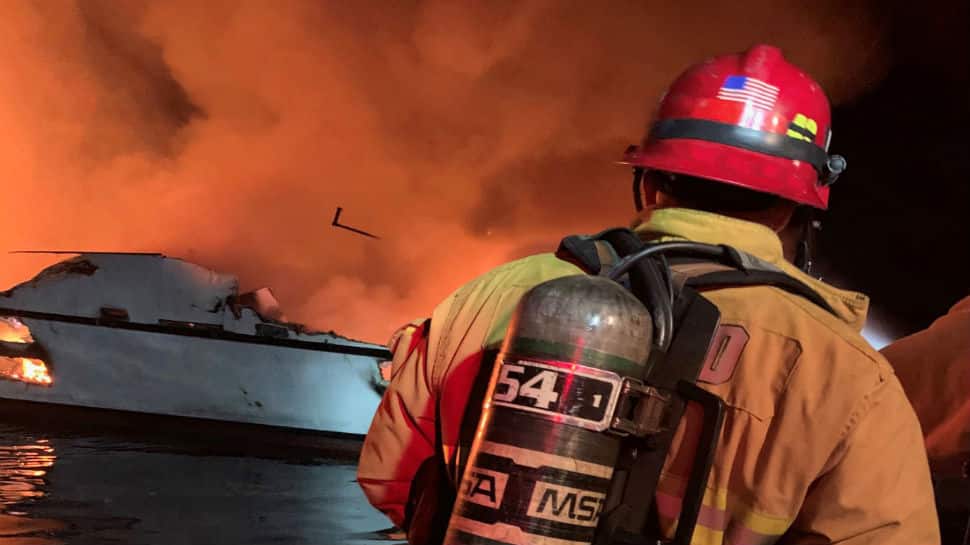 Los Angeles: At least 29 people were missing and five crew members were rescued after a fire erupted aboard a commercial boat off the coast of Southern California, the US Coast Guard said on Monday, while local media outlets said some deaths were reported by a fire department official.

"We cannot speak to whether there were fatalities," Coast Guard Petty Officer Aiden Cooney said by phone.

"The situation is still ongoing," Cooney said, adding that he had no information on the 29 people who had not yet been rescued. "The last information we have is that they're still on board."

There were believed to be some fatalities, the Los Angeles Times quoted Ventura County Fire Department Captain Brian McGrath as saying.

"We don’t have a confirmed number of souls that were supposed to be on board that boat,” McGrath said. “We do have fatalities aboard, but we do not know the numbers here yet.

"The main body of fire has been extinguished with a few hot spots still remaining," McGrath said.

The five persons rescued, one of whom had minor injuries, were crew members of the 75-foot (23-meter) vessel, which had caught fire near Santa Cruz Island off the coast of Santa Barbara, the Coast Guard said.

The Ventura County Fire Department said on Twitter it responded to the fire at 3:28 a.m.

An image posted by the fire department shows the vessel engulfed in flames.