Explainer: What are the allegations against Israel's Benjamin Netanyahu?

Israeli Prime Minister Benjamin Netanyahu was indicted on corruption charges on Thursday, presenting one of the gravest challenges yet to Israel`s longest-serving leader. 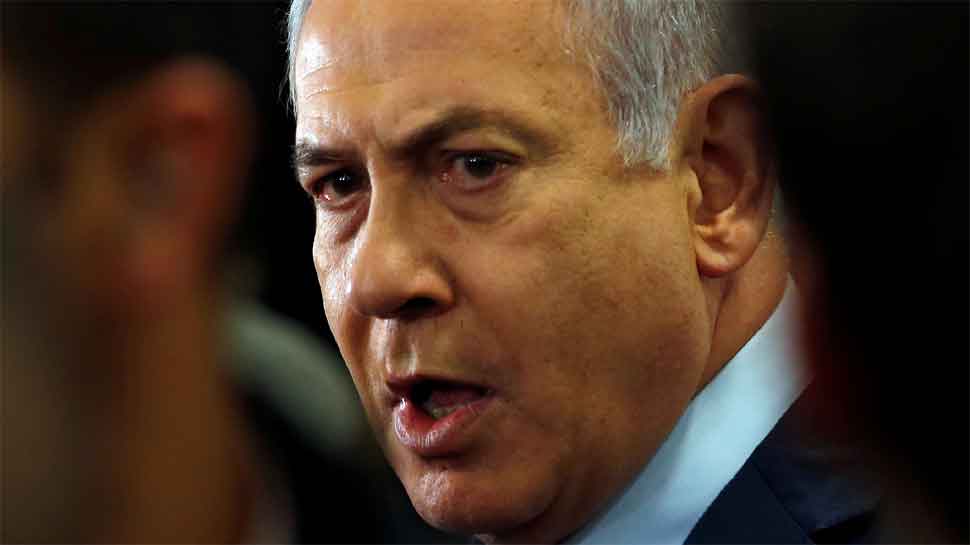 JERUSALEM: Israeli Prime Minister Benjamin Netanyahu was indicted on corruption charges on Thursday, presenting one of the gravest challenges yet to Israel`s longest-serving leader.

Netanyahu, 70, denies all wrongdoing but now finds himself stuck in political and legal limbo. He has failed to put together a government after two inconclusive elections this year, and now faces a legal process that could drag on for years. Following is a guide to the criminal cases against him:

WHAT ARE THE ALLEGATIONS AGAINST NETANYAHU?

Attorney-General Avichai Mandelblit announced that he has filed criminal charges against Netanyahu in investigations listed as cases 1000, 2000 and 4000.

CASE 1000 centres on allegations that Netanyahu and his wife Sara wrongfully received gifts from Arnon Milchan, a prominent Hollywood producer and Israeli citizen, and Australian billionaire businessman James Packer. Those gifts allegedly included champagne and cigars. He has been charged with fraud and breach of trust.

CASE 2000 alleges that Netanyahu negotiated a deal with the owner of Israel`s best-selling daily newspaper, Yedioth Ahronoth, for better coverage. In return, prosecutors say, he offered legislation that would slow the growth of a rival daily newspaper. In this case Netanyahu has been charged with fraud and breach of trust.

CASE 4000 alleges that Netanyahu granted regulatory favours to Israel`s leading telecommunications company, Bezeq Telecom Israel BEZQ.TA, in return for positive coverage of him and his wife on a news website controlled by the company`s former chairman. Netanyahu has been charged with bribery, as well as fraud and breach of trust, in this case.

WHAT DOES NETANYAHU SAY?

Netanyahu denies any wrongdoing and says he is the victim of a politically orchestrated "witch-hunt" by the media and the left to oust him from office.

Loyalists in Netanyahu`s right-wing Likud party have accused the Israeli justice system of bias, and Netanyahu himself has argued that receiving gifts from friends was not against the law. His legal team says criminal probes into the relations between politicians and the news media would be a threat to a free press, a central pillar of any democracy.

WILL A TRIAL BEGIN SOON?

Unlikely. It could take many months before the cases are brought before the court. Netanyahu could also seek a plea deal rather than stand trial.

Netanyahu`s allies in parliament, the Knesset, have said they would push to grant him parliamentary immunity from prosecution. But with Israeli politics in unprecedented turmoil, it is unclear whether such a move is even possible.

COULD HE GO TO JAIL, IF CONVICTED?

WILL THERE BE POLITICAL FALLOUT?

Netanyahu has dominated Israeli politics for more than a decade. But both he and his main centrist rival Benny Gantz have failed to form a government after two elections, in April and September, leaving the country in political and economic stasis.

If there is no political breakthrough in the next three weeks, Israel will face yet another election, which few want.

If he is still in office as prime minister after that, Netanyahu would be under no strict legal obligation to quit. According to Israeli law, a prime minister must step down if ultimately convicted, but can stay in office throughout legal proceedings, including appeals.

It is unclear if allies - who have mostly remained loyal - will continue to stick by him.

Some may see it as a chance to emerge from beneath the shadow of a man who has been at or near the summit of Israeli politics for a generation, and who enjoys an international profile like no other Israeli politician.