Fresh round of US, Taliban peace talks begin in Qatar's Doha

A fresh round of US-Taliban peace talks began in Qatar`s capital Doha on Saturday, officials said, describing it to be the "most crucial" phase of negotiations to end the 18-year war in Afghanistan. 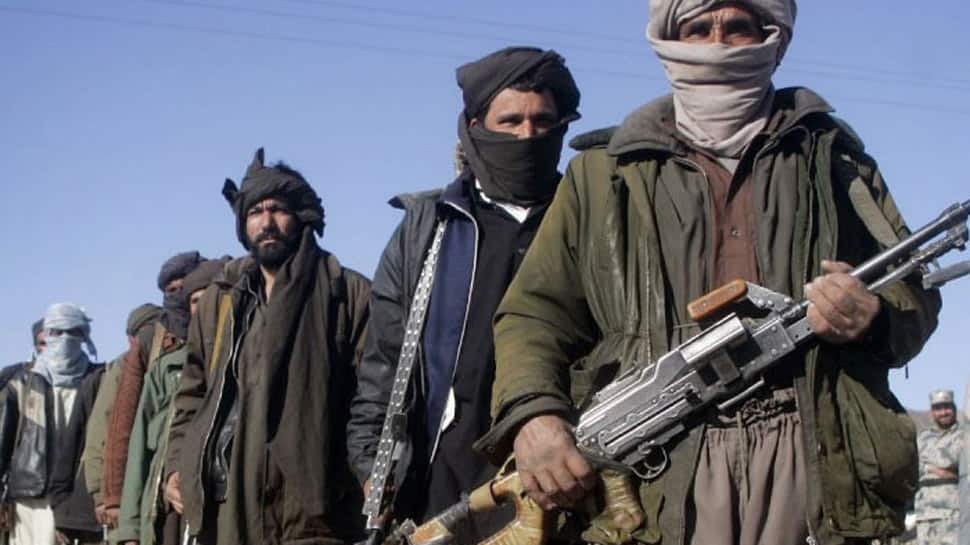 KABUL: A fresh round of US-Taliban peace talks began in Qatar`s capital Doha on Saturday, officials said, describing it to be the "most crucial" phase of negotiations to end the 18-year war in Afghanistan.

Senior officials privy to the talks said a peace agreement could be expected at the end of the eighth round of talks, possibly before Aug. 13, and would enable foreign forces to be withdrawn from the war-torn country.

Zalmay Khalilzad, the US peace envoy for Afghanistan who has held a series of meetings with Taliban leaders since last year, reached Doha on Friday night. "Just got to Doha to resume talks with the Taliban. We are pursuing a peace agreement not a withdrawal agreement," Khalilzad wrote on Twitter.

Two sources with knowledge of the talks said an agreement on the withdrawal of foreign forces in exchange for security guarantees by the Taliban is expected before Aug.13
About 20,000 foreign troops, most of them American, are now in Afghanistan as part of a US-led NATO mission to train, assist and advise Afghan forces.  The hardline Islamist Taliban group now controls more territory than at any point since the United States bombed them out of power in 2001.

Two Taliban spokesman Suhail Shaheen and Zabihullah Mujahid said a 19-member Taliban negotiation team will represent them in the Doha peace talks. "The issue of forces withdrawal has prolonged the peace talks and delayed the deal," said a senior Taliban commander based in Afghanistan on conditions of anonymity.

"There was no way we would allow permanent stay of US forces in Afghanistan after signing a peace deal with them," he said, adding that Taliban will provide complete assurance that no foreign militant group will be allowed to use Afghanistan to launch attacks against the United States and its allies.

Leaders of the insurgent group have repeatedly stated that a ceasefire or talks with the Afghan government and civil society members will not take place until the United States announces a plan for foreign force withdrawal from Afghanistan.

US President Donald Trump wants combat forces reduced in Afghanistan by the next US presidential election in November 2020, Secretary of State Mike Pompeo said last month.

Fighting in Afghanistan has not subsided. More than 1,500 civilians were killed and injured in July, a record monthly toll this year, and the highest number documented in a month since May 2017, United Nations of Assistance Mission in Afghanistan said in a statement on Saturday.

Many Afghans fear a US troop withdrawal announcement will weaken their bargaining power with the hardline Islamist group, which aims to re-establish an Islamic emirate to replace an elected government it dismisses as puppets of foreign forces.

Women’s rights groups in particular worry about the fate of women and girls in the event of a return of the Taliban, who banned girls’ education and imposed severe restrictions on women’s rights to work outside the home.

The sense of uncertainty revolving around the peace talks has become a source of distress with many Afghans fearing a complete collapse of law and order if the United States fails to protect basic freedom guaranteed under the Afghan constitution.

In June, Pompeo said he hoped for a peace deal with the Taliban before Sept. 1. "The Americans are being hasty to sign the deal. Right now it feels like we will wake up one morning and find the Taliban government has been installed," said Mustafa Karimi, a shopkeeper in Kabul whose brother was killed last year by the Taliban during clashes with Afghan forces.

"Taliban often use Afghan civilians as human shields and now the US are also putting our lives at risk to exit out of Afghanistan," he said. "We are doomed if the peace talks don`t protect our basic rights and freedom."