In a video that has gone viral on the internet, Greta is seen giving a cold stare at the US President, who was also present at the UN Climate Change summit in New York. 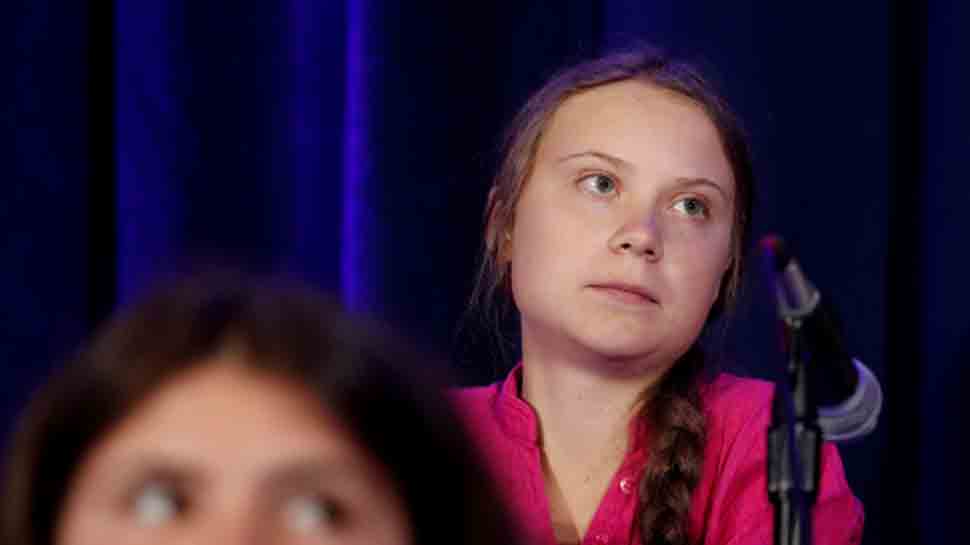 New Delhi: Greta Thunberg, the teenage Swedish environmental activist, who stormed at the world leaders gathered at the UN Climate Change summit in New York on Monday, was caught giving an icy cold stare to United States president Donald Trump during the event.

In a video that has gone viral on the internet, Greta is seen patiently waiting in the lobby at the United Nations when her face shows curiosity as she waits to see who's arriving. Her curious expressions changes into anger and frustation when she sees Donald Trump arriving.

Earlier, during the speech, Greta said, "We are in the beginning of a mass extinction and all you can talk about is money and fairy tales of eternal economic growth - how dare you!"

Greta, who has become the global face of the growing youth movement against climate inaction, began her speech by telling her audience amusingly, "My message is that we'll be watching you. I shouldn`t be here. I should have been back at school, on the other side of the ocean. Yet you all come to us young people for hope. How dare you?"

Meanwhile, her viral video has caught the attention of Twitteratti, and this is what they had to say on it.

Greta Thunberg's face on seeing Donald Trump is conclusive proof that she represents everyone with a functioning brain. pic.twitter.com/8pl1ooWuJJ

Greta Thunberg giving Donald Trump a death stare is the highlight of 2019 so far pic.twitter.com/J0ZGU6WgsQ

Love that the police officer outdid Greta when it came to giving Trump the evil stare_ pic.twitter.com/GWfpIJW9GQ

The Climate Change summit was hosted by UN Secretary-General Antonio Guterres to give a boost to the 2015 Paris Agreement and address the global climate emergency.

US President Donald Trump also attended the summit but did not deliver a speech on the occasion. The United States had pulled out of the accord in 2017, saying, "The Paris accord will undermine (the US) economy and will put (the US) at a permanent disadvantage."

Modi's aggressive statement well received by 59,000: Trump on Kashmir as Imran looks on