Police fired tear gas at protesters overnight, while some activists torched a vehicle, hurled petrol bombs at a police station and metro train and broke into a major shopping mall. Hundreds of commuters were seen queuing at metro stations across the city early on Wednesday after some railway services were suspended and roads closed. 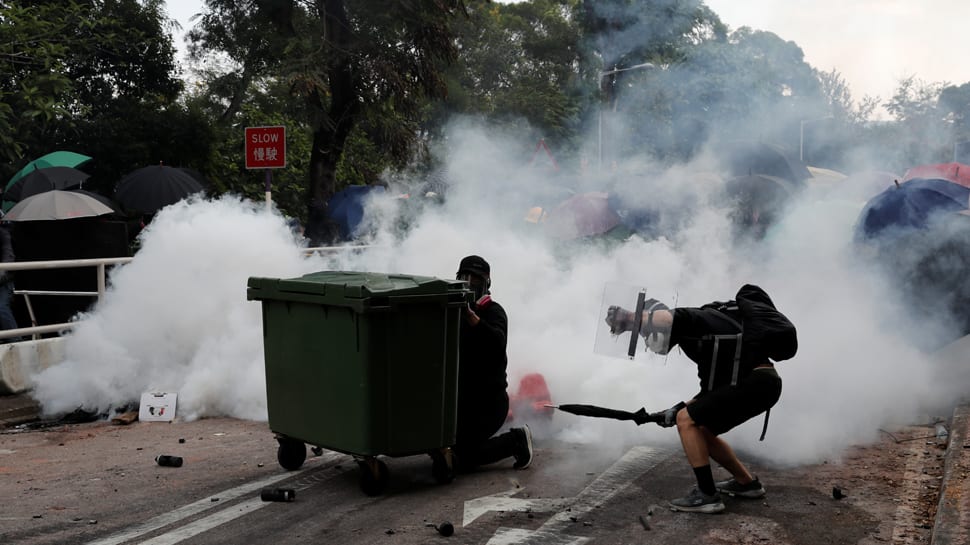 HONG KONG: Hong Kong prepared for more clashes on Wednesday as anti-government protesters planned to paralyse parts of the Asian financial hub for a third day, with transport, schools and many businesses closing after violence escalated across the city. Protesters and police battled through the night at university campuses and other locations only hours after police Senior Superintendent Kwong Wing-cheung said the Chinese-ruled city had been pushed to the "brink of a total breakdown".

Police fired tear gas at protesters overnight, while some activists torched a vehicle, hurled petrol bombs at a police station and metro train and broke into a major shopping mall. Hundreds of commuters were seen queuing at metro stations across the city early on Wednesday after some railway services were suspended and roads closed.

Riot police were deployed to stations, while protesters set up roadblocks and barricades on major thoroughfares. Protesters are angry about what they see as police brutality and meddling by Beijing in the freedoms guaranteed under the "one country, two systems" formula put in place when the former British colony returned to Chinese rule in 1997.

China denies interfering and has blamed Western countries, including Britain and the United States, for stirring up trouble. Protesters were planning more demonstrations throughout Wednesday in areas including the Central business district, home to some of the world`s most expensive real estate and luxury stores, across the Kowloon peninsula and in the outlying New Territories.

"We just want to affect the Hong Kong economy to let the government know we are serious about our demands," said a 21- year-old student named Lee, who had spent the night making petrol bombs at City University. "Every day, everywhere, people are getting hurt."

Hundreds of masked protesters, many of them students, hurled rocks and bricks, some launched with catapults, during Tuesday`s protests. There were chaotic scenes through the night of explosions, smoke plumes, yelling and sustained gunfire during which scores were injured. Hong Kong`s Hospital Authority said 81 people had been injured since Monday, with two in serious condition. The youngest was 10 months old but the cause of the infant`s injuries was not known.

Many schools and universities cancelled classes on Wednesday over safety concerns after the Education Bureau announced that parents could decide whether to send their children to school and urged them not participate in "unlawful activities". Hong Kong`s embattled leader Carrie Lam said on Tuesday protesters trying to paralyse the city were being "extremely selfish".

Massive mural of Greta Thunberg to stare down at San Francisco