In race for No. 10, UK's Johnson and Hunt vow to splash the cash

The rivals to succeed Theresa May as leader of the ruling Conservative Party set out plans to win broader political backing by investing in education, transport and defence. 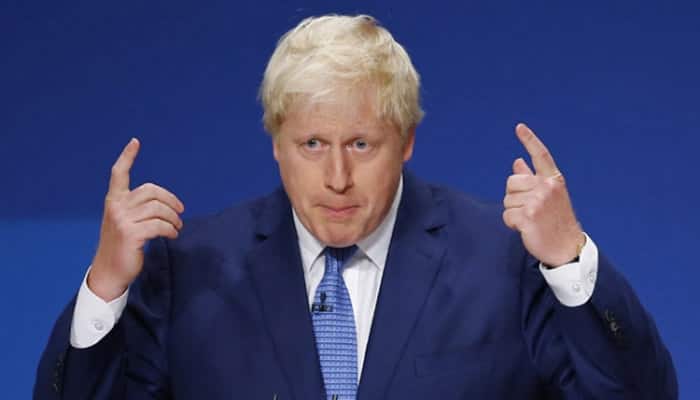 LONDON: Boris Johnson and Jeremy Hunt vowed to spend billions of pounds on public services, infrastructure and tax cuts on Sunday as the two men battling to become prime minister pitched themselves as the best candidate to take on the opposition Labour Party.

The rivals to succeed Theresa May as leader of the ruling Conservative Party set out plans to win broader political backing by investing in education, transport and defence, even if that means higher government borrowing. The race should be over by July 23.

Foreign Secretary Hunt pledged to slash corporation tax, even in the event of a disorderly no-deal Brexit, to drive economic growth and generate the funds to invest more in social care, defence and education.

"Believe me there is cash now available," Johnson told Sky News. "(And) I`m prepared to borrow to finance certain great objectives but overall we will keep fiscal responsibility."

With Britain now due to leave the European Union on Oct. 31, much of the debate has revolved around how the two candidates would steer the world`s fifth-largest economy out of the world`s biggest trading bloc without crippling growth.

With the winner decided by Conservative Party members, who overwhelmingly back Brexit, Hunt has toughened his language, saying he would take a decision at the beginning of October to go for a disorderly no-deal exit if there was no prospect of getting an agreement through parliament.

The self-proclaimed entrepreneur said a cut to the corporate tax rate to 12.5%, matching the level in Ireland and one of the lowest in any major economy, would become even more important in the event of a no-deal because it would support companies through the upheaval. The rate is currently 19%.

"If we had a no-deal Brexit then some of these spending commitments would have to wait because you would have to divert money to support businesses up and down the country," Hunt told BBC TV. "I wouldn`t drop them but they would take longer.

"(But) of those commitments, the one I would not drop is the one to reduce corporation tax. It would fire up the economy in a way that would be helpful in a no-deal context."

With four months until Britain`s next deadline to leave the EU, the two men also sought to show they had advanced plans for how they would handle Britain`s departure.

Hunt said he had been in talks with the former Canadian prime minister Stephen Harper, who negotiated a trade deal with the EU.

In other possible government moves, a source said Britain`s lead Brexit negotiator Olly Robbins was overdue a change of job while Mark Sedwill, the cabinet secretary, could become Britain`s ambassador in Washington under a Johnson government.

According to the Mail on Sunday, Johnson also has a transition team which is preparing to invite EU Commission President Jean-Claude Juncker and the bloc`s Brexit negotiator Michel Barnier to London to reopen talks once he is in power.

Asked by Sky News how he could seal a new deal when the EU has said it will not reopen the withdrawal agreement, Johnson said "it`s possibly the case that they would say that at this particular stage in the negotiations ... Let`s see".

Talking up his plans for the future, the former foreign secretary echoed Ronald Reagan in quoting the 14th century scholar Ibn Khaldun`s belief that cutting taxes would spur economic growth and said businesses would be supported under his leadership.

The former London mayor has been heavily criticised for a reported dismissal last year of companies` concerns about Brexit with the comment "fuck business". He said on Sunday that and several other comments that have drawn attention had been taken out of context.