Merkel, on a two-day visit to Japan, echoed many European nations in recognising Guaido as Venezuela`s interim leader and said he should organise new elections as soon as possible. 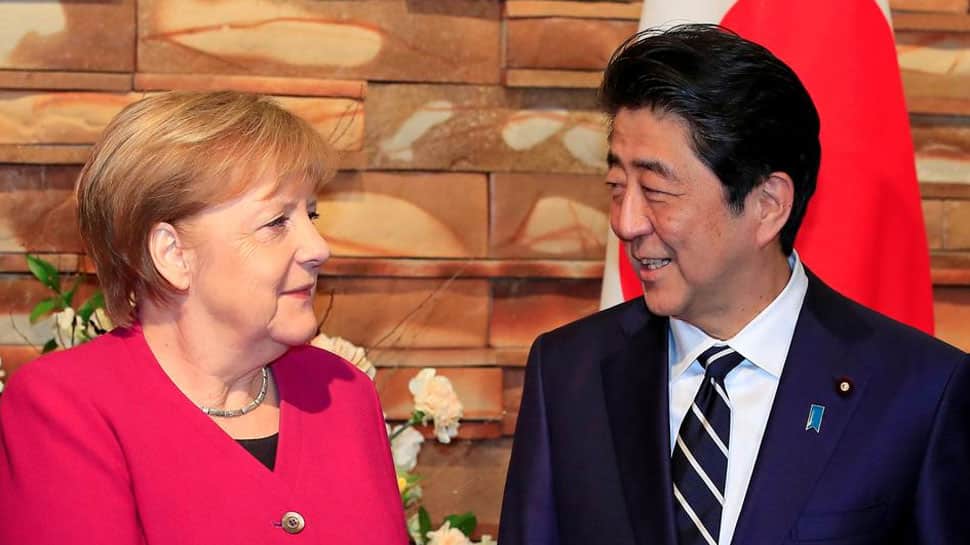 Merkel, on a two-day visit to Japan, echoed many European nations in recognising Guaido as Venezuela`s interim leader and said he should organise new elections as soon as possible. "Guaido is the person with whom we are talking and who we expect to initiate an election process as quickly as possible, and he is the legitimate interim president for this task from the German perspective and also from the perspective of many European partners," Merkel told a news conference with Abe.

"And we hope that this process is as short as possible and of course peaceful," she added. Abe did not comment on Guaido`s status, but he said Japan wanted a stable, democratic and prompt solution to Venezuela`s political crisis. Several European nations have joined the United States in recognising Guiado as interim president, intensifying a global showdown over Nicolas Maduro`s socialist rule.

Abe has emphasized his cooperation with Merkel during a visit aimed a forging an "alliance of multilateralists" to resist US President Donald Trump`s "America First" approach to trade and China`s pursuit of narrow national interests.

"Our responsibility towards working for global prosperity and security has merely increased," he said, adding that the two leaders would work for a global order "based on rules."  International issues dominated the news conference. Merkel said Germany would do everything possible to avoid a no-deal Brexit, but she did not want to reopen the Brexit withdrawal agreement.

British Prime Minister Theresa May said on Sunday she would seek a "pragmatic solution" to a parliamentary impasse over the terms on which Britain leaves the European Union when she tries to reopen talks with Brussels less than two months before Britain is due to leave the bloc on March 29.