MQM leader Altaf Hussain launched a direct attack on the civil and military establishments of Pakistan, saying they have been misleading the Pakistanis over the issue of Kashmir for the last 72 years. 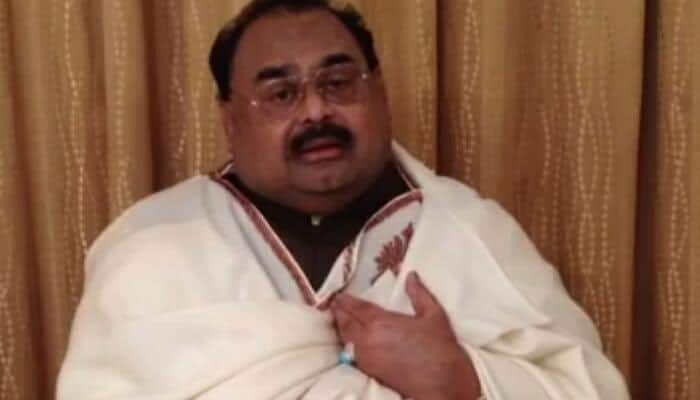 In a major embarrassment for Pakistan, senior Pakistani leader Altaf Hussain on Saturday said that revocation of Article 370 is an internal matter India and Pakistan should stop meddling in India's internal matters. The founder of Muttahida Qaumi Movement (MQM) also sang "Sare Jahan se Accha" during an address to his followers.

"Hussain said that the revocation of Article 370 by the Indian government was absolutely an internal matter of India and the government of India took this decision with the overwhelming support of the people of India," a statement quoted the founder of MQM as saying.

Hussain launched a direct attack on the civil and military establishments of Pakistan, saying they have been misleading the Pakistanis over the issue of Kashmir for the last 72 years.

"Pakistan invaded Jammu and Kashmir and for that purpose used people of the tribal belt of Pakistan, arming them to attack and free J & K. Following this, the Maharaja of J & K approached India for help, consenting to merge the princely state with India. Pakistan fought four wars with India over the region but faced a humiliating defeat in all those four fights. Pakistan had not stopped conspiring against India and continued to infiltrate Indian territory with armed non-state actors in form of Jihadists," he said.

"Pakistan misuses Kashmiris and drives them to a corner where they have no choice except to hoist Pakistani flag and chant slogans for making J & K party of Pakistan," he added.

Highlighting the plight of minorities in Pakistan, the MQM chief, who is currently living in exile in London, said that Pakistan Army killed unarmed and defenseless innocent Mohajirs, Balochs, Pashtuns, Sindhis, Hazarwalls, Gilgitis and other minorities.

Comparing India and Pakistan, Hussain said that both countries got independence at the same time but India has registered growth in all sectors and Pakistan is lagging far behind India.

"Hussain said that both the countries got freedom together but today, India has attained aggrandisation in all sectors from economy to technology. India attained this level because it had, soon after freedom, eliminated the decayed feudal system. Unfortunately, this decayed and corrupt feudal system is in full swing in Pakistan," the statement quoted him as saying.

"There is no democracy in Pakistan but straight stratocracy which means the rule of the military by the Generals. Pakistan's entire system has evolved in an entirely different style where the ISI is the most powerful institution of the country. Then comes the Chief of Army Staff -- COAS -- and then comes the poor Prime Minister. All institutions of the country including the civil, military establishment and judiciary work under the nose and as per the dictation of the ISI. Parliament, President, Prime Minister, and entire political and administrative set-up is nothing but a sheer rubber stamp under the control of the military and the ISI," he claimed.