NATO Secretary General Jens Stoltenberg, in an address to the US Congress, said the alliance wanted better relations with Russia -- but needed to prepare a strong defence. 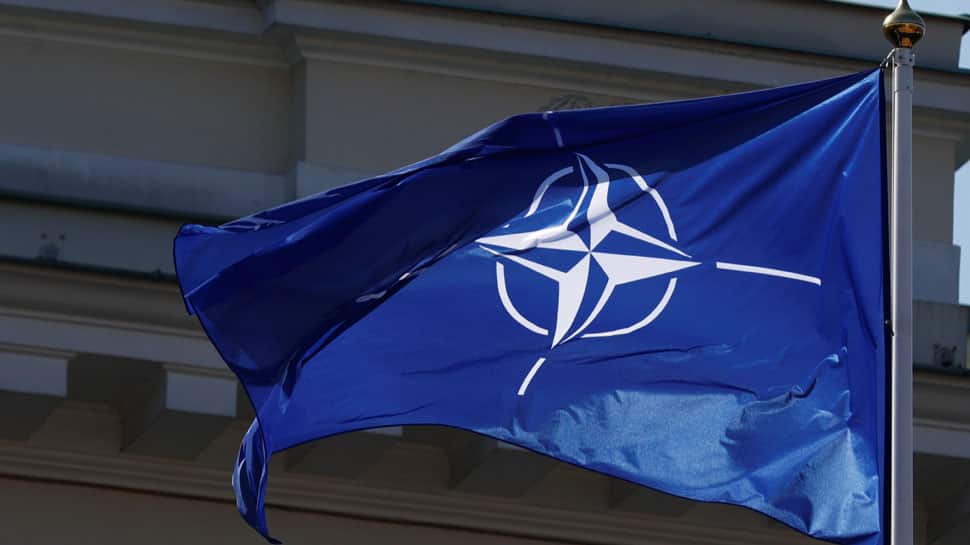 The anniversary comes amid rising concern over Russia. NATO Secretary General Jens Stoltenberg, in an address to the US Congress, said the alliance wanted better relations with Russia -- but needed to prepare a strong defence.

The celebrations have been accompanied with concerns over the threat posed by "a more assertive Russia," including a massive military buildup, threats to sovereign states, the use of nerve agents and cyberattacks, said the head of the NATO. NATO Secretary General Jens Stoltenberg said that "time is running out," and also called on Russia to return to compliance with the Intermediate-range Nuclear Forces Treaty.

Most alliance members share concerns about Russia which backs separatists in a smouldering conflict in eastern Ukraine that has so far claimed some 13,000 lives. In November, Russia fired on and seized three Ukrainian navy vessels, capturing two dozen sailors near the Kerch Strait, as they tried to pass from the Black Sea to the Azov Sea. It was the first open military clash between Kiev and Moscow since 2014, when Russia annexed Crimea and a pro-Russian insurgency erupted in eastern Ukraine.

Observers say that an increased NATO presence in the region is one of Russia's worst nightmares. Putin has openly said that Moscow's decision to take over Crimea was partly motivated by NATO's expansion into Eastern Europe.
Peskov did not say Wednesday whether Russia would in fact allow NATO ships to pass through the Azov Sea.

Twelve Allies founded #NATO in 1949. Today we are 29.
Join us in celebrating the 70th Anniversary of our Alliance.#WeAreNATO pic.twitter.com/Kta46HfIRK

The West has accused Moscow of illegally blocking access to the Sea of Azov, used by both Russia and Ukraine. But while he urged Russia to respect international law and the law of the sea, Stoltenberg made no mention of assuring freedom of navigation.

According to the organisation, it promotes democratic values and enables members to consult and cooperate on defence and security-related issues to solve problems, build trust and, in the long run, and prevent conflict.

It is also committed to the peaceful resolution of disputes. If diplomatic efforts fail, it has the military power to undertake crisis-management operations. These are carried out under the collective defence clause of NATO's founding treaty - Article 5 of the Washington Treaty or under a United Nations mandate, alone or in cooperation with other countries and international organisations.

There have been significant steps taken by NATO since its inception.

In 1991, the NATO developed partnerships with former adversaries after the break-up of the Soviet Union. Four years after that, in 1995, NATO engaged in its first major crisis-management operation in Bosnia and Herzegovina.

In 2001, after the terrorist attacks in New York and Washington DC, the US, NATO invoked Article 5 for the first time ever and adopted a broader approach to security. In 2003, NATO took command of the International Security Assistance Force (ISAF) in Afghanistan.

As the organisation is completing 70 years of its formation, NATO has been celebrating since the beginning of this week in Washington, the US and on Thursday it will hold a meeting of the foreign ministers. All the events will take place at the State Department (Harry S Truman Building).

NATO Foreign Ministers had gathered in Washington DC’s Mellon Auditorium on Wednesday to celebrate the anniversary. The ceremony, hosted by US Secretary of State Mike Pompeo, took place in the same room where the foreign ministers of the 12 founding allies met to sign the North Atlantic Treaty in 1949. NATO Secretary General Jens Stoltenberg hailed the Treaty, saying: “its reach is vast, and it has stood the test of time – because we have united around our core commitment to protect and defend one another”.

The schedule for Thursday is as follows:

8.30 am--Start of the meeting of the North Atlantic Council in Ministers’ of Foreign Affairs Session

*Time as per US time zone