The Let L-410 aircraft crashed into the helicopter at Tenzing Hillary Airport at Lukla, known as the gateway to the world`s highest mountain, 125 km (78 miles) northeast of the capital, Kathmandu. 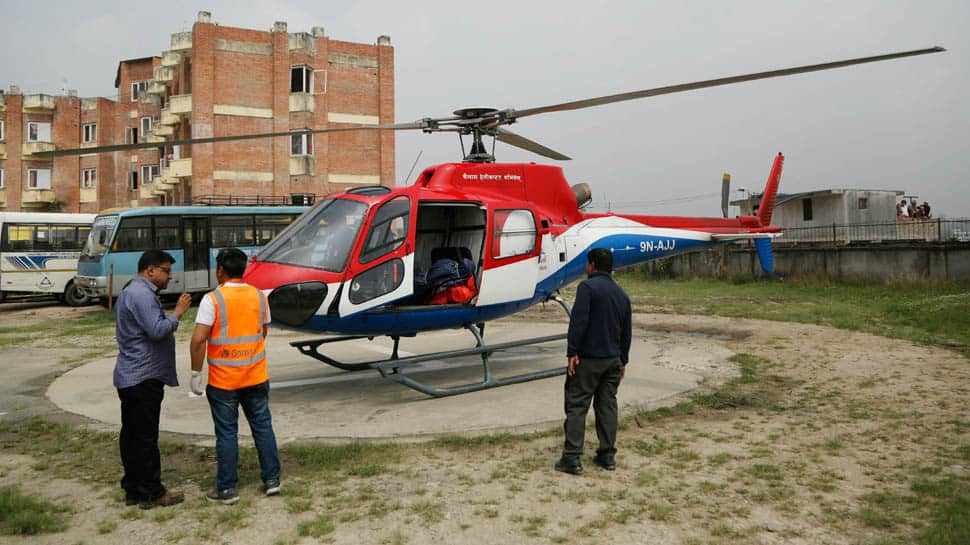 KATHMANDU: A small plane operated by a private airline in Nepal hit a parked helicopter on Sunday while preparing to take off in a mountainous area near Mount Everest, killing three people including a co-pilot, an airport official said.

The Let L-410 aircraft crashed into the helicopter at Tenzing Hillary Airport at Lukla, known as the gateway to the world`s highest mountain, 125 km (78 miles) northeast of the capital, Kathmandu.

The plane, operated by Summit Air, was not carrying passengers as it was trying to leave what is considered to be one of the world`s most dangerous airports due to the shortness of its runway and its location surrounded by mountains.

Officials said the cause of the incident was not immediately known. "Two people died on the spot and the third one died while undergoing treatment in a hospital in Kathmandu," airport official Pratap Babu Tiwari told Reuters.

The dead included two security guards who were near the helicopter. The pilot of the plane was among three people injured, though the lone stewardess escaped unhurt.

Air crashes are common in mostly mountainous Nepal, home to eight of the world`s 14 highest mountain peaks, including Mount Everest.

In February a helicopter carrying seven people, including the country`s tourism minister, crashed in bad weather in eastern Nepal, killing all seven on board.

The Lukla airport was built by New Zealand mountaineer Sir Edmund Hillary - who together with Sherpa Tenzing Norgay became the first to reach the 8,850-metre (29,035-foot) Everest peak in 1953 - as a gift to the people of the remote Solukhumbu region where it is located.

In 2008, a Twin Otter plane carrying 16 passengers and three crew crashed shortly before it was due to land at Lukla.