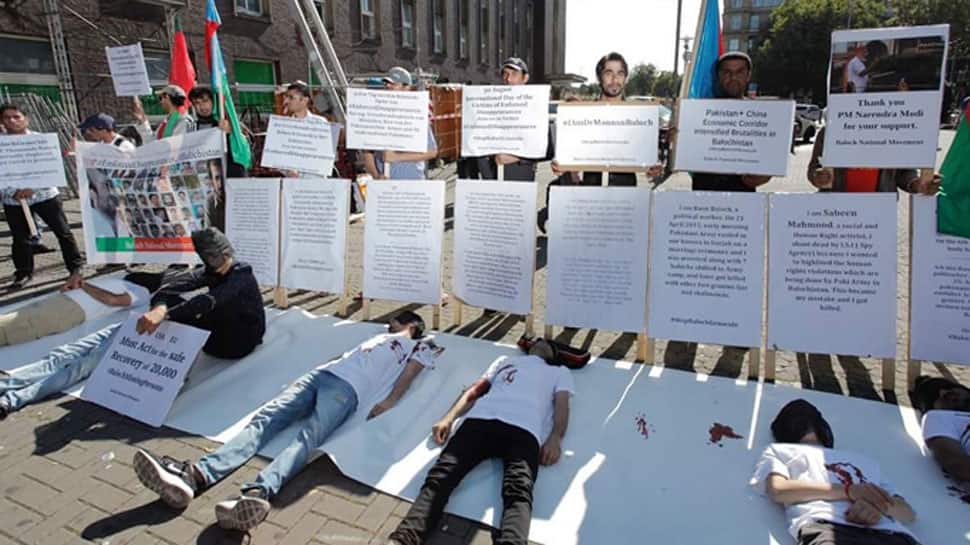 Geneva: Calling Pakistan a 'blot on humanity' a Baloch activist has said the country which was created for Islam has emerged as the biggest enemy of the religion itself. He also accused the Pakistani establishment of kidnapping children of the Baloch community.

"Pakistan gained control over Balochistan. Pakistan is a virus not just for India, Afghanistan or Balochistan, but for the entire world & humanity," he added.

Pakistan has been condemned internationally for cracking down on the minorities living in the country.Islamabad is also reportedly discriminating against its religious minorities, which is manifested in various forms of targeted violence, mass murders, extrajudicial killings, abduction, rapes, forced conversion to Islam, etc., making the Pakistani Hindus, Christians, Sikhs, Ahmadiyyas, and Shias one of the most persecuted minorities in the region.

For long, Pakistan`s establishment has been criticised over its practice of enforced disappearances and extrajudicial killings by international bodies and local human rights organisations that dare to speak out on the issue.

According to the Commission of Inquiry on Enforced Disappearances, an entity established by the Pakistani government, about 5,000 cases of enforced disappearances have been registered since 2014. Most of them are still unresolved.

Independent local and international human rights organisations put the numbers much higher. Around 20,000 have reportedly been abducted only from Balochistan, out of which more than 2,500 have turned up dead as bullet-riddled dead bodies, bearing signs of extreme torture.

Before being elected as Prime Minister, Imran Khan had admitted in multiple interviews about the involvement of Pakistan's intelligence agencies in enforced disappearances and extrajudicial killings and vowed to resign if he was unable to put an end to the practice, holding those involved responsible.