The strength of this atom bomb can be gauged from the fact that it was 3333 times more powerful than the atomic bomb dropped in Hiroshia, Japan. 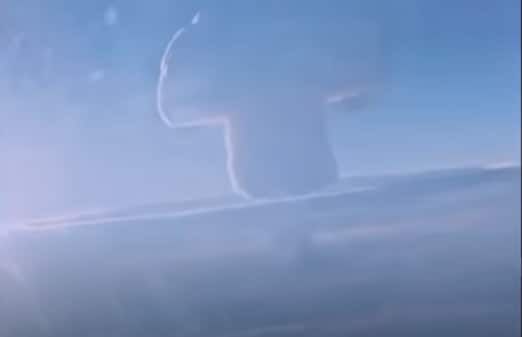 New Delhi: Russia's Ivan nuclear bomb blast is known to be the most powerful of the nuclear explosions in the world so far. Russia has released the secret video of the Tsar Bomba Nuke Test, which gives full details of the biggest nuclear bomb blast. The strength of this atom bomb can be gauged from the fact that it was 3333 times more powerful than the atomic bomb dropped in Hiroshima, Japan, said a pledgetimes.com report. Notably, the release of the documentary coincides with the 75th anniversary of Russia’s nuclear industry.

The Tsar Bomba Nuke Test was done on October 30, 1961, in the Barent Sea during the Cold War. Given the destructive capability of this atomic bomb, the nuclear test is called the weapon of destruction of the earth, as it was about 50 megatons and was torn to a strength equal to 50 million tons of conventional explosives.

If this bomb was dropped in a city like Delhi, then the whole city would have turned into a pile of ash, and most people have would been badly burnt, according to the report. The blast would have been up to Pakistan and could have radioactive effects. The explosion would cause an earthquake of magnitude 5 on the Richter scale and be felt worldwide, the report said.

According to the PledgeTimes, "This atomic bomb was dropped by Russian aircraft into the ice above Novaya Gemalya in the Arctic sea. This catastrophic nuclear bomb was built under the program izdeliye 202. Later, when the Western world came to know about this atomic bomb, it was named ‘Tsar Bomba’."

Russia’s Rostam State Atomic Energy Corporation released a 30-minute documentary on its YouTube channel on August 20. The fear of this nuclear bomb was so great that the cameras were reportedly installed hundreds of miles away and these powerful cameras video-graphed the fireball for about 40 seconds and then turned into a cloud of mushrooms, the report said.

A plane 100 miles away from the site made a video of mushroom-shaped dung that went to a height of around 213,000 feet. Russia held the rare footage for nearly 6 decades as the top-secret but has released it after Rostam completed 75 years. The Russian Army named the Tsar Bomba RDS-220, which was created during the Cold War between the US and the Soviet Union.

"The Soviet Union built a nuclear bomb called this Ivan to collide with America’s thermonuclear device. In 1954, the US tested its largest thermonuclear device on Marshall Island. This device was 15 megatons. Its name was Castel Bravo. It was stronger than all the atomic bombs of that time. When the Soviet Union came to know about this, it decided to confront the US," said the report, adding that the then Soviet Union made the world’s largest nuclear bomb to answer the US in just 7 years.

The report further said that the atomic bomb was first moved by train to the Oleanya Airbase from where it was loaded onto a long-range capable Tu-95, and the bomber took off on October 30 and traveled about 600 miles to reach Severni Island, which is inside the Arctic.

The bomber dropped the bomb but it slowly fell on the earth as it had reportedly contained a parachute. The bomb and the aircraft got so much time that it could not fall into the blast. When this bomb reached a height of about 13 thousand feet from the ground, it was detonated, the report added.

The Drive report, however, said that "the documentary shows us inside the cockpit of the Tu-95V, where aircrew don protective goggles before we see the 26.5-ton bomb falls away gently under a parachute towards its intended target — the Russian Defense Ministry’s State Testing Site No. 6 — close to Novaya Zemlya’s Matochkin Strait."

The mission was controlled from an underground bunker at Belyusha Bay, 162 miles south of the test site, said The Drive, adding that "Closer to the site of the detonation itself was D-8, 56 miles from the test area, which housed further measuring and recording equipment, plus an underground command post, with warships being used as a communications relay between the two stations."

The brainchild of Soviet Premier Nikita Khrushchev, Ivan was reportedly authorized in July 1961 at an especially frosty period in East-West relations that culminated in the Berlin Crisis and the city’s permanent partition by the Berlin Wall. Khrushchev had demanded his engineers develop a thermonuclear weapon with an unprecedented yield of 100 megatons, requiring a three-stage warhead, rather than the usual two. aton charge, said The Drive.

After this explosion, the US and Russia signed a treaty in 1963, and both the countries prohibited the testing of atomic bombs in the air and they started underground nuclear tests.

Progress made in disengaging frontline troops of both sides, says China on border situation with India