A man who referred to himself as cyber expert Syed Shuja appeared via Skype had made allegations against the Election Commission and the use of EVMs. 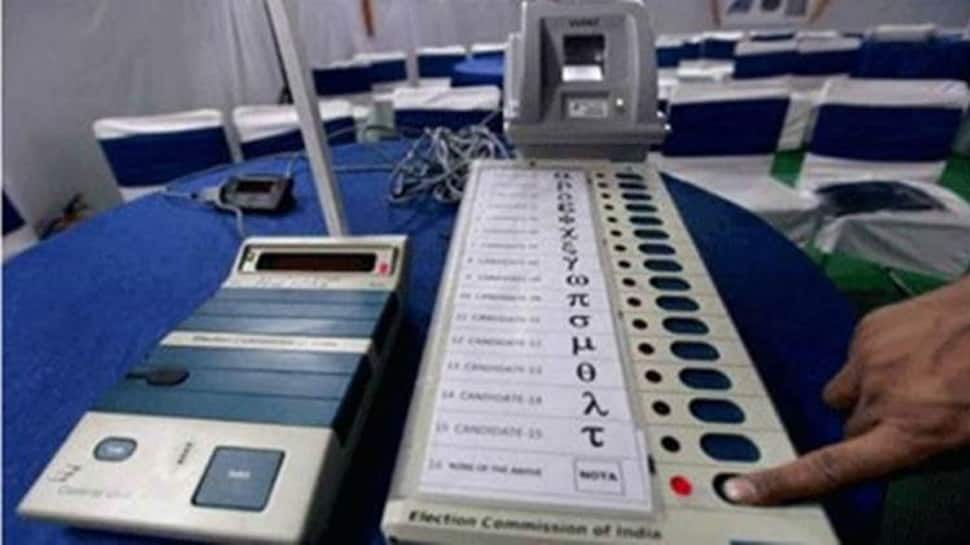 Journalists of the Indian Journalists Association (IJA) on Tuesday expressed strong concerns over the EVM hackathon that was held on January 21 in London. The press conference was held in the name of IJA and Foreign Press Association (FPA) in which a man who referred to himself as cyber expert Syed Shuja appeared via Skype and made allegations against the Election Commission and the use of EVMs.

While the FPA had disassociated itself with the event later, IJA accused its own president Ashish Ray of not being transparent over why the press conference was organised.

IJA said Ray ignored several fundamental questions asked by them and even those relating to whether members of any other political party had been involved in setting up the meeting, and their awareness of the allegations and lack of documentation. They even asked Ray to divulge how much was paid to arrange the 'shambolic event'.

Here is the full text of IJA's letter

We, the undersigned journalists, would like to make a statement in the public interest, setting out our strong concerns and objections to the press conference held in the name of the Indian Journalists Association (IJA) and Foreign Press Association (FPA) on Monday, January 21, in central London, at which a man calling himself Syed Shuja appeared via Skype link-up to make very serious and entirely unsubstantiated allegations against the Electoral Commission and political parties in India. The FPA has since disassociated itself with the event.

The event had been presented as a demonstration of how Electronic Voting Machine (EVM) tampering could and would take place in India. Many of us, as responsible journalists with an open mind, attended. Right up to the moment it started, we did not know the name or credentials of the person who was going to “demonstrate on an EVM how it can be hacked.” We were convinced by Ashis Ray, the President of the IJA, that the man addressing the press conference was one of the designers of the EVM in India and would hold a demonstration for us, in person, on how to hack it. To our astonishment, it turned out to be a press conference via Skype by a masked man, with nothing to back up his claims about his current location or what had prevented him from attending the London press conference.

Since then many questions have been raised, from how the organiser of the event – IJA President Ashis Ray – first established contact with Shuja, whether any steps had been taken to verify his highly sensational claims that he admitted himself cannot be corroborated, and whether Ray had been transparent with the FPA and members of the IJA or anyone set to attend the meeting. Ray has ignored these fundamental questions, including those relating to whether members of any other political party had been involved in setting up the meeting, and their awareness of the allegations and lack of documentation. Despite promises to the press conference, Shuja has produced no evidence whatsoever to back up his claims.

The members of the IJA had asked Ray to divulge how much was paid to arrange this shambolic event, and if the executive committee was aware of it. Some of the committee members including the Secretary have confirmed they were not consulted before the event nor was aware of the amount paid. They themselves raised concerns about Ray’s running of the organisation on his own terms. Recently he wrote a letter to the new High Commissioner of India to UK, Mrs Ruchi Ghanashyam, questioning her for organising the Indian Republic Day celebration on the same day as the IJA annual dinner (it has even been reported in the press). The language of the letter was completely out of line and Ray had no right to send out such a letter to an ambassador, on behalf of the IJA, without prior consultation with the committee.

Some of us recently chose to leave the organisation, after Ray raised the possibility of getting a concessionary rate for real estate in New Delhi for IJA members after he supposedly talked to a government minister about this. Many who didn’t leave also raised concerns about this.

Many of us also had strong concerns about a meeting for Rahul Gandhi during his London visit in 2018, which, in involving business leaders and others, moved far away from the remit of a media body, meant to defend journalists and enable their work.

The IJA was set up in 1947 and has till recently been a well-respected and important body with a crucial role in journalism in the UK, India and in that bilateral relationship.

A lot of this has been put at risk by the dictatorial and un-transparent way in which Ashis Ray, the current president, has run it. Companies House records show the organisation being put on compulsory strike-off- notice in August 2018, which follows regular delays in filing accounts in a timely manner.

Members and former members of IJA call on Ray to resign as President, apologise and offer a full explanation on the Shuja fiasco, failing which we call on members to oust him as president and director. If this does not happen, we will have no alternative but to set up a body that truly works for journalists rather than acting as a vehicle for a personal agenda.

This is not a party-political issue but a question of fundamental journalistic principles that have not been lived up to. The current president, who has been conducting IJA affairs without any proper consultation with the Executive Committee or the wider membership and spending the organisation’s funds on events he chooses to host, has no doubt brought the organisation into serious disrepute.

With Brexit and the forthcoming election in India there are many important debates to be had and issues to be investigated, but providing a platform for such serious and unsubstantiated claims merely sullies the discourse and adds to divisions.