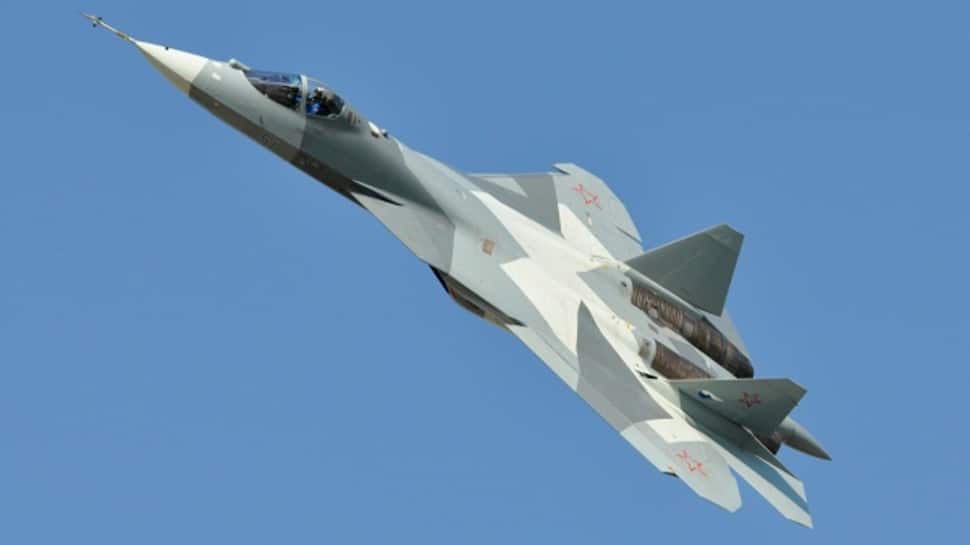 A Sukhoi Su-57 prototype, Russia latest and only 5th Generation supersonic stealth fighter crashed in the country's Far East on Tuesday (December 24, 2019) but the pilot managed to eject and was rescued. The single-seater Sukhoi Su-57 came down near the Russian city of Komsomolsk-on-Amur but officials said the plane was not in military service.

The Su-57 belonged to Gagarin Aviation Plant in Komsomolsk-on-Amur, reported Sputniknews.com and crashed 120 kilometres from the Dzyomgi airbase in Khabarovsk Krai while undergoing an engine test. The pilot was rescued by a Mi-8 helicopter, the Russian law enforcement spokesperson said.

According to the spokesperson, the Sukhoi jet exploded mid-air and was fully destroyed. A search operation to locate the jet's flight recorder has been launched.

Russia has started inducting the Su-57 into its Aerospace Force and the country's Defense Ministry has ordered over 70 combat plane. The 5th Generation stealth air superiority fighter is Russia’s answer to the F-22 Raptor and F-35 Lightning II jets of the United States of America.

Russia is keen to find customers for the combat aircraft and has developed an export version named Su-57E for the same. Turkey, a close ally of the US and a NATO member, has expressed interest in having the Su-57E in its arsenal following the tiff with America after buying the Russian S-400 Triumf air defence missile system.

Russia has unveiled the Su-57E at MAKS 2019 aero show in August where Turkish President Recep Tayyip Erdogan had personally check the plane while being accompanied by Russian President Vladimir Putin.

While Russia has expressed its interest to include India in further developing the Su-57, there has been no reciprocity from the latter. India's Defence Research and Development Organisation and Aeronautical Development Agency are already working on an indigenous 5th Generation stealth combat jet prospectively called the Advanced Medium Combat Aircraft. The plane will be built by Hindustan Aeronautics Limited and ADA.