Thailand king to be crowned in coronation ceremonies May 4-6

Thailand is due to hold elections on Feb 24, and the current election timeline means the coronation will likely take place before a new government is formed. 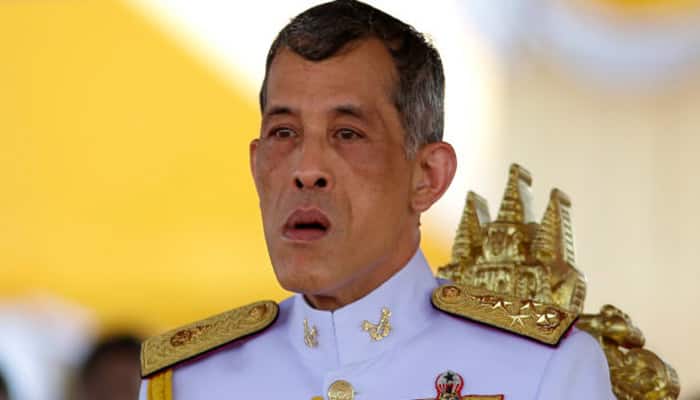 Bangkok: Thailand`s king will be officially crowned in coronation ceremonies on May 4-6, the royal palace said on Tuesday. King Maha Vajiralongkorn, 66, has been serving as monarch since shortly after his father died in 2016 after a 70-year reign.

"His Majesty deems it fit to hold the coronation ceremony per royal traditions for the good fortune of the nation and the kingdom, to be enjoyed by the hopeful people," a palace statement said. Vajiralongkorn officially became Thailand`s king in December 2016 after an invitation by parliament following the death of his revered father, King Bhumibol Adulyadej, on Oct. 13, 2016.

His official coronation has been delayed until after a year-long mourning period for Bhumibol, who was cremated in October 2017 in a grand royal funeral in Bangkok. King Bhumibol was revered by Thais during his seven decades on the throne and the deep relationship between the monarchy and the military has helped facilitate a smooth royal transition following his death.

Since then, Vajiralongkorn has overseen sweeping changes to royal affairs, including the running of palace finances which were formerly managed by the government. Thailand is due to hold elections on Feb. 24, and the current election timeline means the coronation will likely take place before a new government is formed.

The elections are meant to restore democracy after a 2014 military coup ousted an elected prime minister, though changes to the constitution in the interim ensure the military will retain a great deal of control.