Colombian photographer Leonardo Muñoz was arrested with his Venezuelan driver Jose Salas while reporting on protests against the government. 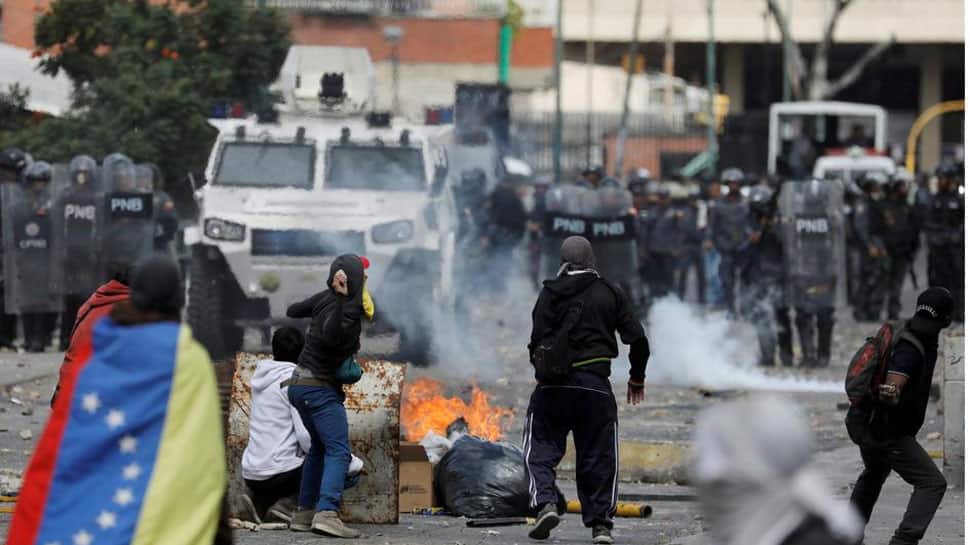 Colombian photographer Leonardo Muñoz was arrested with his Venezuelan driver Jose Salas while reporting on protests against the government.

The entire team had travelled from Bogota earlier in the month. The arrests follow the deportation of two Chilean reporters detained this week. A French diplomatic source said on Wednesday that two French reporters covering the turmoil had been arrested and that the French Embassy was seeking their release.

"Our Embassy has requested consular protection in accordance with the Vienna Convention and in particular the right of access," the source said. The French reporters were working for daily television programme Quotidien, part of the TF1 television network. TF1 declined to comment.

Accused of election fraud, and overseeing a deep economic collapse that has led millions of Venezuelans to migrate, Maduro is facing the biggest challenge to his rule since replacing Hugo Chavez six years ago.

Opposition leader Juan Guaido has won the backing of the most countries in the Western Hemisphere since declaring himself interim president last week and calling for fresh elections.

Maduro says the strategy to topple him is a coup, led by hawks in the Trump administration such as Special Envoy to Venezuela Elliott Abrams, a veteran diplomat involved in the armed interventions in Central America in the 1980s.

France said on Wednesday that Maduro appeared not to be heeding calls for new presidential elections and that European foreign ministers would discuss next steps at a meeting in Bucharest on Thursday.