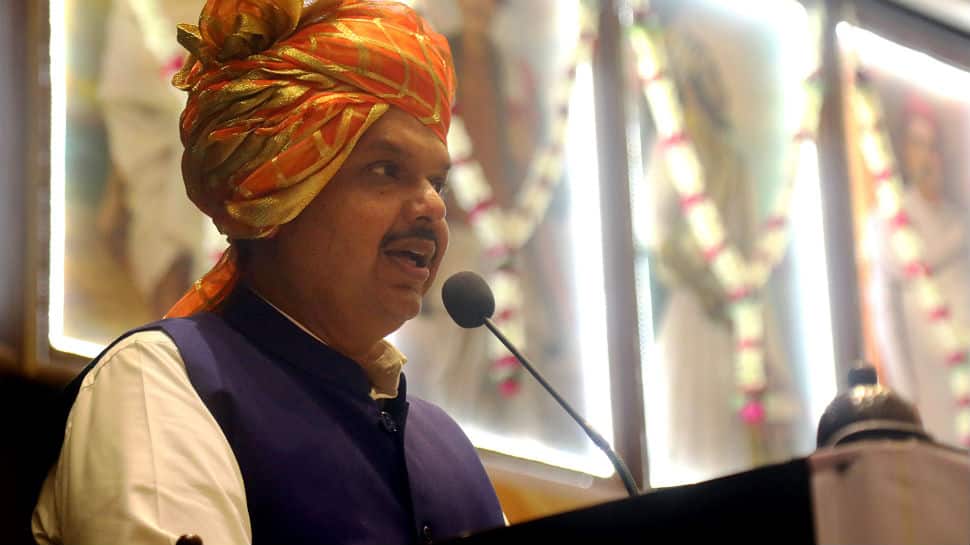 New Delhi: Sparking fresh speculation, Maharashtra Chief Minister Devendra Fadnavis flew to Nagpur on Tuesday to meet Rashtriya Swayamsevak Sangh (RSS) chief Mohan Bhagwat. Fadnavis was closeted in a private meeting with Bhagwat, sources said. He arrived at the RSS headquarters late in the night and the meeting lasted for over an hour.

The development came hours after Maharashtra Bharatiya Janata Party (BJP) President Chandrakant Patil announced that a BJP-led government would be formed in Maharashtra very soon with Fadnavis as it's leader. He also added that the BJP hasn't received any proposal from Shiv Sena so far and it will be discussed once the party gets it.

On the other hand, Shiv Sena chief hinted that dialogue with the BJP is completely closed for now, and the party is all set to work on implementation of its Plan B. Sources on Tuesday informed that Sena's plan B includes getting outside support from the Nationalist Congress Party (NCP) and Congress to form the government.

Fadnavis came to Nagpur a day after he met BJP President and Union Home Minister Amit Shah and Union Transport Minister Nitin Gadkari in New Delhi. Gadkari is likely to meet Sena chief Uddhav Thackeray on Wednesday as a stand-off between the twp parties over power-sharing continues. The next 24 hours is said to be crucial for Maharashtra.

It is to be noted that senior Shiv Sena leader Kishore Tiwari had also written to Bhagwat seeking his urgent intervention and for deploying Gadkari to hammer out a solution to the government formation imbroglio in the state.

Earlier on Tuesday, Fadnavis held a meeting with BJP core committee members at his official residence in Mumbai and then touched down in Nagpur to meet the RSS chief.

The delay in government formation is because of differences in the BJP and Shiv Sena on power-sharing. Shiv Sena has insisted on a coalition government under 50:50 formula, an agreement they claim was made between the two parties before the 2019 Lok Sabha poll.

However, BJP has maintained that Shiv Sena was not promised the chief ministerial post for 2.5 years when the alliance was sealed.

The BJP and Shiv Sena fought the Assembly poll together. BJP emerged as the single largest party by winning 105 seats while Sena got 56 seats.