On the other hand, Congress under the leadership of former chief minister Bhupinder Singh Hooda left everyone stunned with its performance by winning 31 seats, 16 more than 2014 election. 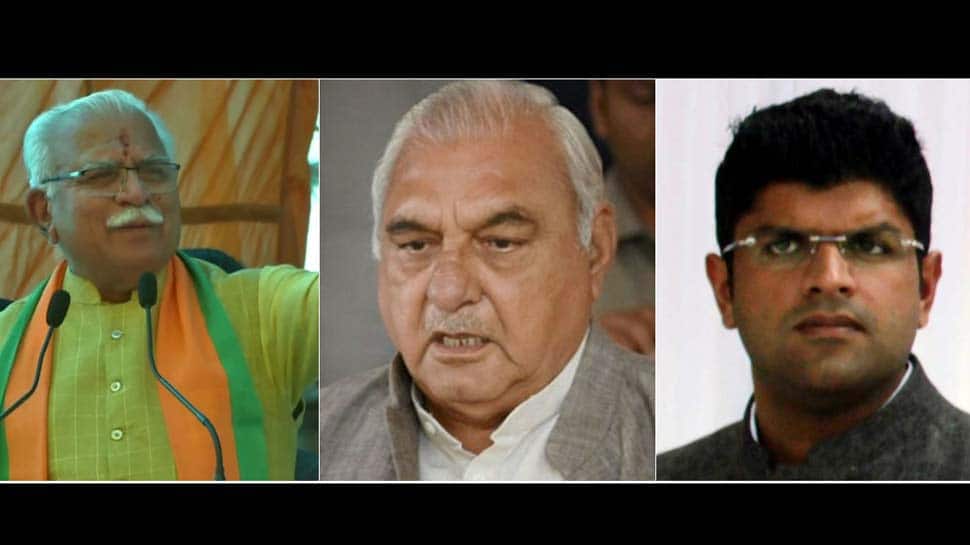 The ruling BJP in Haryana led by Chief Minister Manohar Lal Khattar emerged as the single largest party in the state after winning 40 seats but the saffron party failed to breach the halfway mark of 46 in the 90-member state Assembly. The BJP's performance was not as per the expectations of the party and political observers and all state ministers, except two, lost the election. The BJP's lacklustre show can be gauged from the fact that the party had won 47 seats in 2014 when it had stormed to power for the first time in state.

On the other hand, Congress under the leadership of former chief minister Bhupinder Singh Hooda left everyone stunned with its performance by winning 31 seats, 16 more than 2014 election. Newly formed Jannayak Janata Party (JJP) of Dushyant Chautala emerged as the 'real' winner in this poll as the party succeeded in winning 10 seats. It may be recalled that JJP came into existence after Dushyant decided to break away from Indian National Lok Dal (INLD) owing to disputes with his uncle Abhay Chautala. The INLD fared poorly as it won only one seat. Seven independents have also won, while one seat was won by Gopal Kanda of Haryana Lokhit Party.

Chief Minister Khattar registered an easy win from Karnal and Congress leader Hooda also won in his bastion of Garhi Sampla-Kiloi in Rohtak district. Khattar defeated his nearest rival Tarlochan Singh of the Congress by 45,188 votes.

While former Indian hockey captain Sandeep Singh, who was fielded from Pehowa, tasted victory,  international wrestler Yogeshwar Dutt and Babita Phogat were not that lucky as both faced defeat. Both Dutt and Phogat contested on BJP ticket.

Another prominent face of the BJP which faced defeat was sitting MLA Prem Lata. The 59-year-old Lata is the wife of former Union minister Birender Singh and she was defeated by Dushyant Chautala.

For Congress, its national spokesperson and sitting MLA Randeep Singh Surjewala lost from Kaithal by a margin of only 1,246 votes. Congress leader Kiran Chaudhary, however, won from Tosham seat by over 12,000 votes.

Haryana Lokhit Party (HLP) President Gopal Kanda won from Sirsa seat and has extended unconditional support to the BJP. Sources said that five rebels BJP leaders, who contested and won as independents, have also agreed to support the BJP. Chief Minister Manohar Lal Khattar is scheduled to meet independent MLAs on Friday and it is expected that with the support of five MLAs and Kanda the BJP will be able to return to power in the state without much trouble.

On the other hand, Congress is trying to woo the JJP and some independent MLAs in order to form the government. Hooda said at a press conference that all anti-BJP parties must come together to form a coalition government. The JJP is yet to make any announcement on supporting any party with Dushyant saying that a decision in this regard will be taken during party meeting on Friday (October 24)

It is an exceptional win in Haryana for BJP: PM Narendra Modi