The Allspace will compete against other SUVs in the segment including Skoda Kodiaq, Honda CR-V, Ford Endeavour and Toyota Fortuner, Mahindra's Alturas G4, among others. 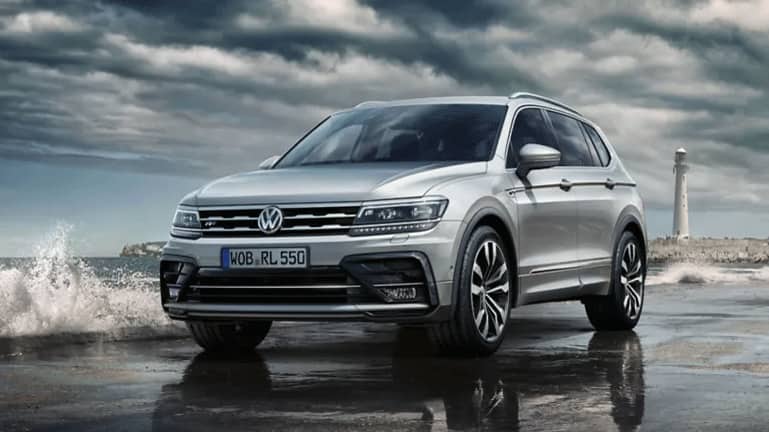 The new offering from Volkswagen comes with a 2-lt BS-VI-compliant engine.

The all-new Tiguan Allspace was showcased at the recently-held Auto Expo in Greater Noida along with other SUVs.

The Allspace will compete against other SUVs in the segment including Skoda Kodiaq, Honda CR-V, Ford Endeavour and Toyota Fortuner, Mahindra's Alturas G4, among others.

"The Tiguan Allspace is one of our most successful carlines globally and, we are extremely delighted to launch the car for our Indian customers. It is the first SUV that is being launched under Volkswagen's SUV offensive strategy and suits the needs of every Indian customer," Steffen Knapp, Director, Volkswagen Passenger Cars India said here.

In 2018, the VW Group had announced investments of around Rs 8,000 crore in India till 2021 under India 2.0 project, while giving Czech firm Skoda Auto the responsibility to take the lead to achieve a combined target of 5 percent market share of the total domestic passenger vehicle segment by 2025.

Of this, Volkswagen alone is looking to corner 3 percent market share as against around 1 percent at present.