Bengaluru's infamous Bellandur lake has yet again caught fire. Cooling operations are underway at the biggest water body of the city which caught fire on Friday. Bengaluru: Bengaluru's infamous Bellandur lake has yet again caught fire. Cooling operations are underway at the biggest water body of the city which caught fire on Friday.

Locals spotted huge clouds of smoke in the middle of the wetlands. Soon pictures and videos of the smoke went viral even as various government agencies and Defence personnel doused the fire.

Fire in the lake is a recurring problem. However, authorities have been unable to contain the situation at the lake which is replete with sewage, chemical effluents, and construction debris. 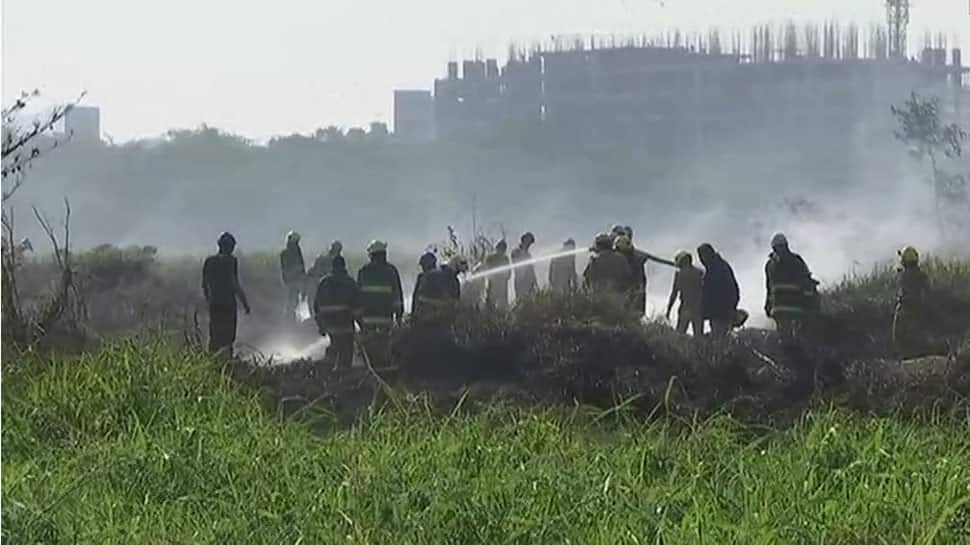 The lake is in bad shape despite the National Green Tribunal pulling up the government and its various agencies for failing to prevent pollution and not doing enough to restore the lake to its glory.

Spread over 1,000 acres near the infotech hub, the lake is highly contaminated receiving 60 per cent of the sewage generated in the city. 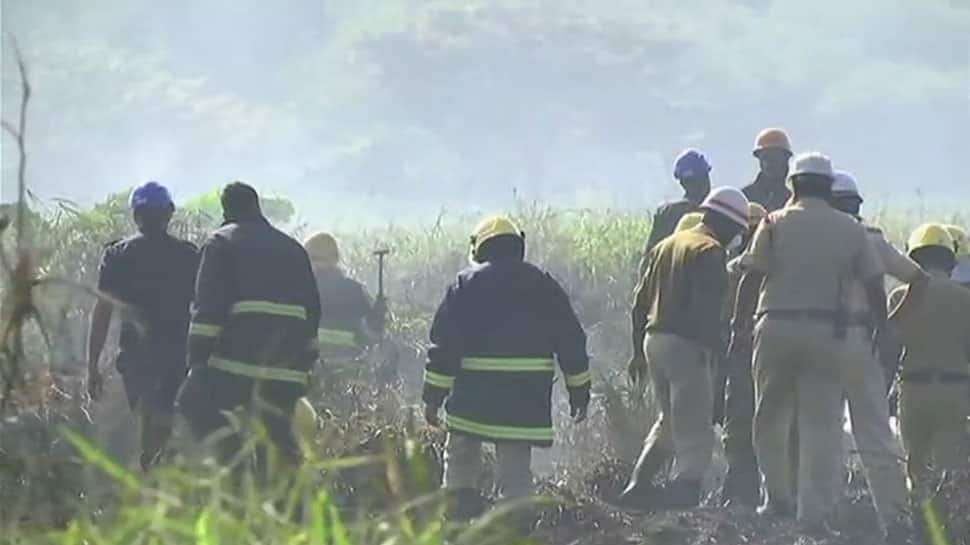 According to Defence officials, a strong contingent of 5,000 army jawans of the ASC centre led by Major General N S Rajpurohit doused the fire in the lake.

Bengaluru Mayor R Sampath Raj said the fire seems to be an outcome of the accumulation of chemicals. The water samples are being collected and will be tested to find the reason behind the fire.

Following the incident, Karnataka State Pollution Control Board and the defence department blamed each other for the fire. 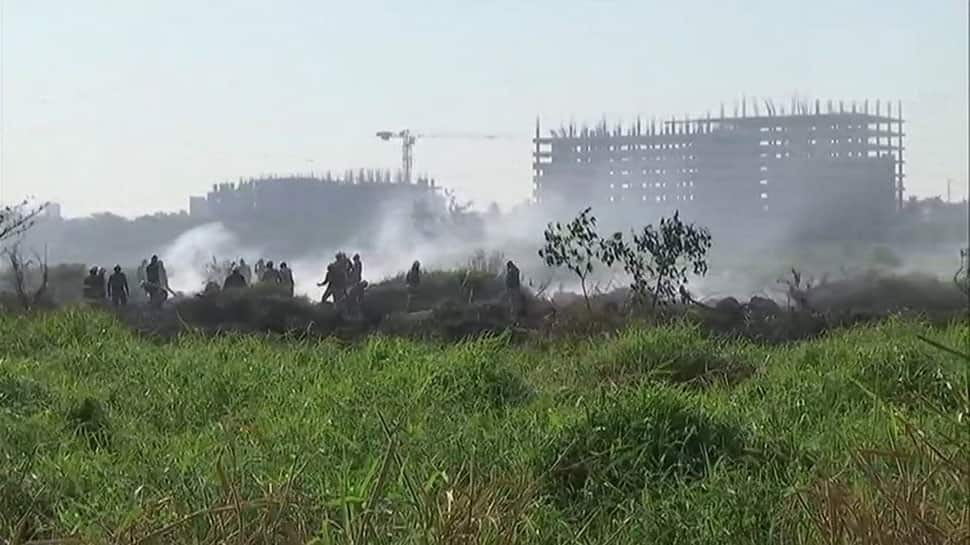 KSPCB chairman Lakshman alleged that the fire started from the land held by the defence department and spread to the lake area. "Actual cause of the fire is not known.It started from the defence area. We have taken the samples of the water and will send it to lab for ascertaining the reasons behind the fire," Lakshman said.

The defence department maintained that the fire was in the lake area and not anywhere near the land held by it.

Rajya Sabha member Rajeev Chandrasekhar, whose organisation Namma Bengaluru Foundation, had petitioned the National Green Tribunal to save the lake, flayed the government for its "inability" to protect the lake.

"I think it is evident that the Siddaramaiah government is not serious about protecting the lakes and abiding by the NGT's directions on maintaining the sanctity of its buffer zone," he said.

The state government is going to spend Rs 80,000 crore in the next 75 days on various projects but not a single penny will be spent on the improvement of any of the lakes in Bengaluru, Chandrasekhar alleged.

#BellandurLake in flames again, 500 army men trying to douse it under the leadership of Major general NS Rajpurohit The fire broke out on the lake, in the vicinity of the Army area around noon and the alert troops immediately swung into action to prevent it's spread into Army pic.twitter.com/z8SNdHXT48

In 2015, the lake had turned into a frothy, foam-filled water body due to the high concentration of pollutants in the water. Foam from the lake had spilled onto the roads and other areas surrounding the lake.